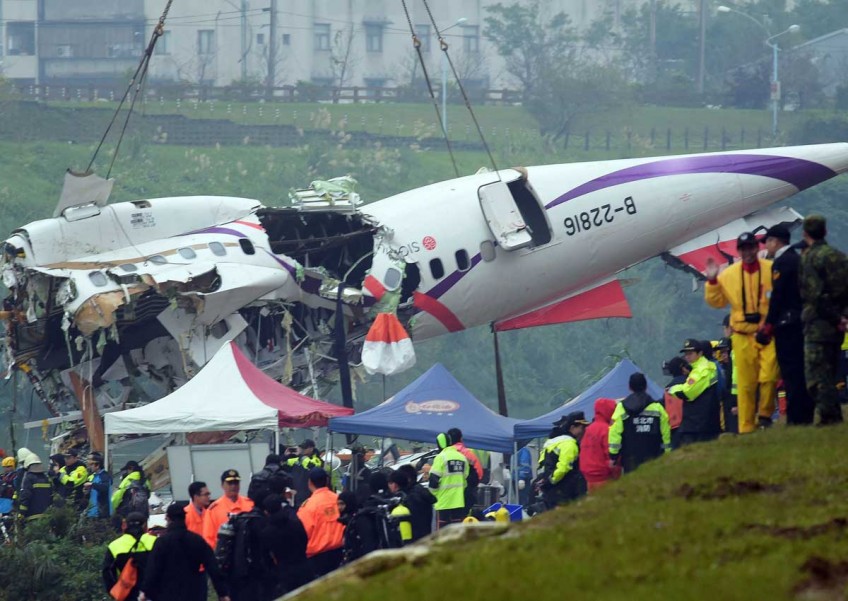 TAIPEI - A plane crash in Taiwan that killed 43 people when it plunged into a river was caused by engine failure and flight crew mistakes, a final investigation report found.

TransAsia Airways flight GE235 clipped a bridge and plunged into a river shortly after take-off from Taipei's Songshan airport in February last year with 53 passengers and five crew.

Earlier findings by the Aviation Safety Council last year revealed the pilot had shut down the only working engine, exclaiming "Wow, pulled back wrong throttle", seconds before the crash.

The council released the final, more detailed, report yesterday, which said the accident "was the result of many contributing factors which culminated in a stall-induced loss of control".

One of the engines was malfunctioning shortly after the plane took off.

"The flight crew did not perform the documented abnormal and emergency procedures to identify the failure and implement the required corrective actions," it said.

This led the pilot to shut down the other engine.

The pilot had previously failed a simulator test for engine failure on take-off but passed on a retake.

TransAsia has seen several accidents in recent years that have raised concern about the airline's safety standards.

Two air traffic control officers were charged in April over a crash in the Penghu islands in 2014 that killed 49.

They, along with the plane's two pilots, were found to have been "negligent in their duties", prosecutors said.