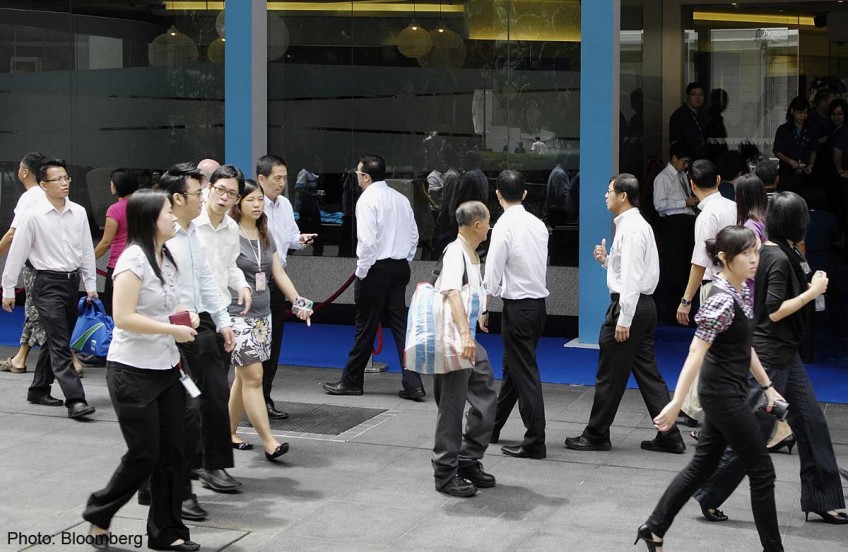 TAIPEI - Taiwan's unemployment rate dropped to 3.92 per cent in June, the lowest rate it has been in the same period in the past 14 years, according to a report released by the Directorate-General of Budget, Accounting and Statistics (DGBAS) yesterday.

The unemployment rate usually surges between May and August, as new graduates enter the job market seeking work.

The rate was lower in June, however, thanks to more job opportunities doled out by companies this year, said the DGBAS.

According to government statistics, the job market's demand to supply ratio is 2.33, meaning every job seeker has 2.33 opportunities waiting for him or her.

The number of people who lost their jobs due to business closures or downsizing fell by 2,000, and those who quit because they were unhappy with their jobs increased by 2,000.

Statistics show that in June, the unemployed were without jobs for 25.5 weeks on average, which was 0.7 weeks shorter than the previous month.

First-time job seekers were without jobs for 24.8 weeks on average, which was also a reduction of 7.9 weeks.

The rest of the jobseekers were on average 25.7 weeks away from their next job landing, which was 1.2 weeks longer than the figure in the previous month.

Thanks to the government's efforts to promote tourism, Chiayi City has the lowest jobless rate of 3.7 per cent in Taiwan.

Promotion of tourism also contributed to lower jobless rates in Hualien and Taitung, at 3.8 per cent and 3.9 per cent, respectively, which were both below the national average.

The DGBAS' statistics show that local earnings averaged NT$51,906 per month between January and May.

Although the figure was the highest on record, after taking inflation into account, real earnings were pegged at NT$50,219, which was in fact lower than the level 16 years ago, according to the DGBAS.

The reason is that while the amount of earning grew 16.85 per cent, the inflation also grew 17.63 per cent.

Regular earnings between the first five months of the year were NT$37,918, up 1.39 per cent from the same period last year. Irregular earnings - including year-end bonuses, overtime work and performance-based rewards - averaged NT$13,988, representing a growth of 15.55 per cent. This is partially attributed to an improved economy, the DGBAS said.