Taiwanese President Tsai Ing-wen has assured Hongkongers that her government would come up with special measures to help them relocate to the island, in an apparent effort to counter claims that she is giving up on Hong Kong.

Tsai said her cabinet would form an ad hoc committee to work out a humanitarian action plan for Hong Kong people.

Under the plan, the Mainland Affairs Council, the island’s top mainland policy planner, would establish concrete ways for the administration to help Hongkongers “live, relocate and work in Taiwan”, Tsai said.

She said a special budget and resources would be set aside for the programme, which would launched as soon as possible to address the needs of Hongkongers wanting to move amid concerns about threats to freedoms posed by the introduction of a national security law.

After months of anti-government protests in Hong Kong, the National People’s Congress is expected to pass on Thursday a resolution to set up and improve legal and enforcement mechanisms for national security in Hong Kong, a move that has been widely condemned overseas and in the city. 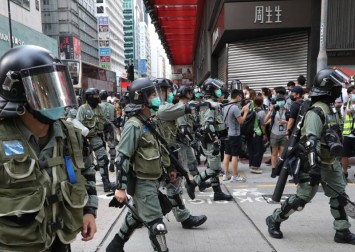 The decision to form the committee comes after Tsai came under attack for suggesting in a Facebook post on Sunday that she might consider invoking Article 60 of the Laws and Regulations Regarding Hong Kong and Macau Affairs by suspending the “application of all or part of the provisions of the act” if the NPC bypassed Hong Kong’s Legislative Council to approve the security law.

That would mean an end to the preferential treatment given to people from Hong Kong and Macau, including to visit and invest in the self-ruled island.

Opposition lawmakers said the move would effectively suspend the city’s special status, essentially shutting the door to Hong Kong people doing business, studying or fleeing to Taiwan to avoid penalties for their protest actions in the city.

They criticised Tsai for trying to “dump” Hong Kong people after using them to win January’s presidential election.

Tsai’s strong support for the mass protests in Hong Kong last year – triggered by a now-shelved extradition bill – helped her win a landslide in January’s presidential poll for which she secured a second four-year term.

“Because of the draconian nature of the security law, many Hong Kong protesters are expected to seek assistance [to relocate] in Taiwan and we suggest that [Taiwan’s] government institute a mechanism to protect and offer shelter for them as soon as possible,” Kuma the head of Hong Kong Outlander, a Taipei-based Hong Kong civic group in support of the protesters in the city, said, declining to be identified by his full name. 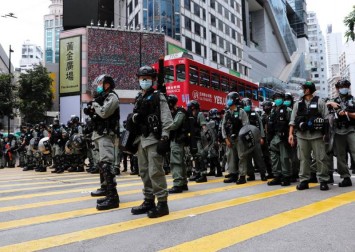 Lin Chu-hsien, a specialist on refugee affairs at the Taiwan Association for Human Rights, said the absence of a political asylum law and concrete regulations to deal with protesters fleeing Hong Kong had made it difficult for them to seek asylum in Taiwan.

Tsai said her remarks on Sunday had been misinterpreted and that regardless of changes to the act, “it would not change our determination to help Hong Kong people to relocate, live, and work in Taiwan”.

She said that like other countries, her government was concerned about the developments in Hong Kong and whether its autonomy, freedom and human rights had been eroded.

Asked if the island would further loosen its immigration regulations for Hong Kong people, Tsai said the regulations were already loose enough as shown by the rise in the number of Hong Kong immigrants in Taiwan last year.