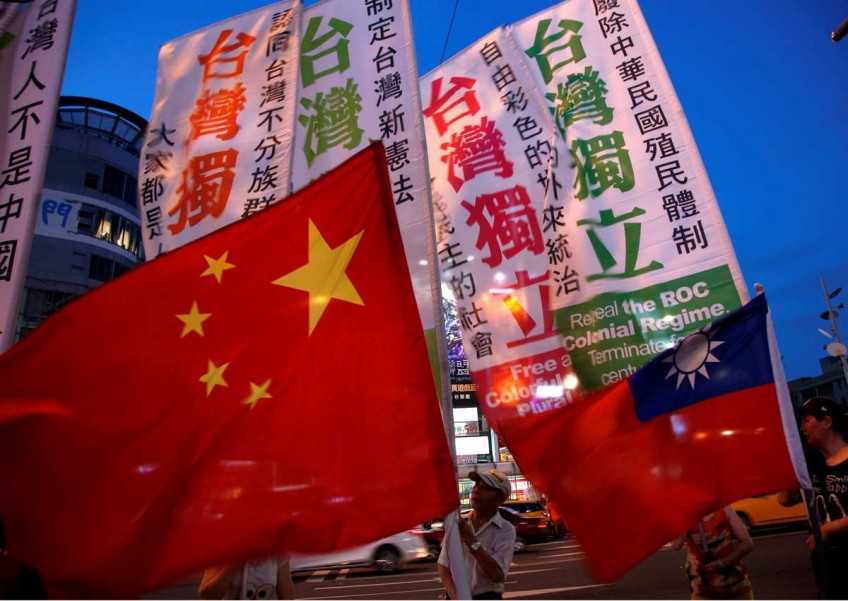 Chinese Premier Li Keqiang said in a policy report to China's National People's Congress meeting on Monday that Beijing would absolutely not accept anyone separating Taiwan from China in any way, shape or form.

Li's remarks were sterner than those in his report last year, in which he described China and Taiwan as a family.

Monday's plea for goodwill from Lin came in response to remarks by Zhang Zhijun, director of China's Taiwan Affairs Office.

In response to a question on the challenges and uncertainties in cross-strait relations this year, Zhang identified Taiwan independence forces as a major challenge facing relations.

If splittist elements were not curbed, Zhang said, they would pose a "very direct and serious threat" to the peaceful development of cross-strait relations as well as to the peace and stability of the Taiwan Strait.

"At the end of the road of Taiwan independence lies unification," Zhang said, but added that unification in such circumstances would harm Taiwanese society and its people, who "would pay a hefty price."

Lin said that President Tsai Ing-wen had clearly outlined the nation's stance on cross-strait relations and expressed hope that both sides of the strait would continue to build goodwill on that basis.

The premier said President Tsai had pledged to "maintain the status quo," but emphasised that peaceful and stable bilateral relations required the concerted effort of both Taiwan and China.

Lin said both sides should continue to develop goodwill based on that position and decline to engage in "unnecessary conjecture."

During a legislative question-and-answer session, council Minister Katharine Chang was asked whether there was currently any high-level contact between Taiwan and China, to which Chang said she had not had an opportunity to contact the Chinese side since taking office on May 20.

"Bilateral relations have always been difficult and complex, requiring patience, wisdom and effort on both sides," she said.

Chang said she would continue to insist on peace, stability and the maintenance of the status quo, and called for dialogue to solve problems.

Taiwan would not seek to deliberately provoke China, she added.

Chang said earlier in the day that "verbal intimidation or the threat of force will only antagonize the Taiwanese people."

The minister also expressed hope that China would come to understand that it was better for both sides to treat each other rationally and with pragmatism and goodwill.

Cross-strait relations have been strained since Tsai took office last May, mainly due to her refusal to heed Beijing's calls to recognise the so-called "1992 Consensus" as the sole political foundation for cross-strait exchanges.

The "1992 Consensus" refers to a tacit understanding that there is only "one China," with both sides free to interpret what that means.