I'm sure we've all been guilty of occasionally letting our concentration slip in class, only to be reprimanded by teachers who just had our best interests at heart.

Unfortunately, this teacher takes the definition of punishment to a whole other level.

According to Apple Daily Taiwan, the incident happened on May 10, when surveillance cameras captured footage of a drama instructor assaulting his female student.

Apparently enraged by her lack of concentration, National Taiwan College of Performing Arts lecturer Lee Tung-chun subjected his student to at least five flying kicks and several slaps across her face after reprimanding her.

The victim was a student at the school's affiliated junior college attending a Hakka drama class when the incident occurred. Footage showed how she was repeatedly pushed back by Lee while struggling to get back on her feet amid the beatings.

The student has since been examined by a hospital and a police report was lodged by her parents, Apple Daily Taiwan reported.

According to the Taipei Times, College Student Affairs Office Dean Cheng Yu-chun confirmed the incident and said the case has been forwarded to the school's teacher evaluation committee for review. The school has maintained their stance on not condoning corporal punishment.

The case has also been reported to Taiwan's Ministry of Education. 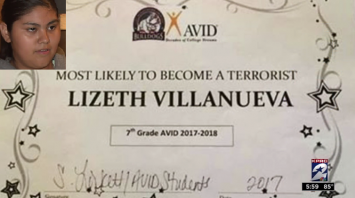 Lee has since apologised for his behaviour after the incident went viral, saying that he used violence because the girl's crying angered him, reported the Taipei Times.

Apparently, he scolded her because she had a lead role in the school's graduation play but had not learnt her part, which made him worried if it would affect the whole performance.

Lee claimed that the school (a former junior college) had a tradition of corporal punishment before it was upgraded to a college. He added that he now realises the practice is no longer acceptable.

"I have set a bad example. I will assume responsibility for my actions", he was reported as saying in the Taipei Times.

The Taiwanese deputy Minister of Education, Lin Teng-Chiao said that Lee faces punishment ranging from a demerit to suspension or dismissal.