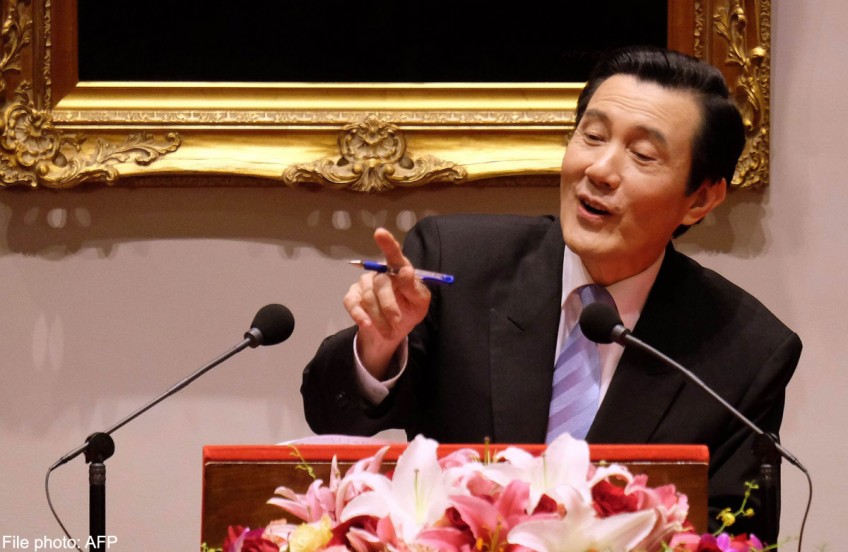 The president said he hopes more female military personnel will have the opportunity to be promoted to the position of general in the future.

TAIPEI, Taiwan - Given that the public tends to feel uneasy about relations between Taiwan and mainland China, it is the government's duty to clearly explain its cross-strait policies, President Ma Ying-jeou said yesterday, adding that cross-strait trade is more advantageous than disadvantageous for Taiwan.

The president made the comments during a meeting with International Institute for Management Development President Dominique V. Turpin at the Presidential Office.

Ma said that over the past six years, the administration has pushed for liberalization and loosened a total of 903 regulations.

The administration has also signed economic cooperation agreements with a few of Taiwan's trading partners, the president added.

Ma said that in the process of pushing for liberalization, the administration has encountered some challenges, including the recent controversy over the Cross-Strait Trade in Services Agreement.

Since the improvement of cross-strait ties, both sides of the strait have signed 21 agreements, the president said.

It has been approximately two decades since Taiwanese businesses were allowed to invest in mainland China, pouring an estimated US$200 billion into the mainland Chinese market, Ma said.

However, Taiwan only began allowing mainland Chinese investment in 2009, and so far businesses from across the strait have only invested US$870 million on the island, Ma said, pointing out the vast disparity between the two examples.

The public tends to feel uneasy about Taiwan's relations with mainland China; therefore, the government needs to explain its cross-strait policies more clearly, so the people will understand that there are more pros than cons when it comes to Taiwan trading with mainland China, the president said.

Liberalization comes with a set of risks, but if the benefits outweigh the risks, then it is worth trying, Ma said.