Taiwan’s President Tsai Ing-wen has appealed for opposing factions on the self-ruled island to reconcile their differences following the removal of her former opponent Han Kuo-yu as mayor of Kaohsiung and the death of one of his allies.

Han lost his position in the southern port city in an unprecedented recall vote on Saturday.

“More than 900,000 Kaohsiung residents made a collective decision and took Taiwan’s democracy a step forward,” Tsai said on Facebook late on Saturday.

“The result should be a warning to all politicians that the people can bestow power and can take it back. Now that the recall election is over, it is time for reconciliation in the country.”

She also promised to support Kaohsiung’s development, regardless of who was elected as its next mayor.

Tsai’s appeal came after Han, who challenged her in January’s presidential election, on Saturday accused her and her government of using unreasonable tactics to oust him.

The 62-year-old, from the mainland-friendly Kuomintang (KMT) party, was unseated after more than 42 per cent of the city’s 2.3 million eligible voters – well above the 570,000 required to oust him – approved his removal.

Expressing regret and calling the recall motion “unfair and unjust”, Han, who advocates the peaceful unification of Taiwan and the mainland, said that since the re-election of Tsai’s Democratic Progressive Party (DPP) in January, he had faced constant mudslinging from the “national team”, which had “mobilised all its resources and supporters” to ensure his ouster.

He was referring to an order made by Tsai at a DPP meeting held three days before the Kaohsiung vote to encourage as many people as possible to support the recall motion.

Two hours after Han conceded defeat, his friend and city council speaker Hsu Kun-yuan fell to his death from his 17th floor flat. 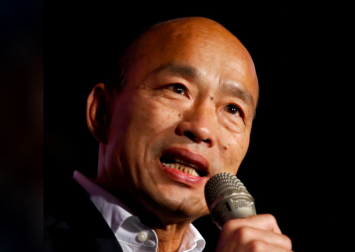 Hundreds of Hsu’s supporters and members of the public laid flowers at a temporary shrine set up at the Kaohsiung Municipal Funeral Parlour.

“The recall vote is now officially over and we should all move on because politics is not the only issue in Taiwan society,” Chiang said after paying his condolences to Hsu's family in Kaohsiung on Sunday.

Han appealed to his supporters to act rationally, saying politics was short-lived and that moving on with life was more important.

Politicians and observers said Han’s removal and Hsu’s death would not only be a double blow to the KMT, but also intensify the political divide between Taiwan’s independence-leaning and mainland-friendly camps.

“The recall vote was like an asymmetrical war, with the governing authorities mobilising all resources and news media power to strike against Han,” KMT legislator Yeh Yu-lan said on Sunday, adding that supporters of Han and Hsu would blame the government for its actions.

Michael You Ying-lung, chairman of the pro-independence Taiwanese Public Opinion Foundation, said the biggest problem for Han was not that he broke his promise to remain in Kaohsiung by running for president but “because he stole the ‘democratic sacred land of Kaohsiung’ away from the DPP, which had seriously shamed the party”.

The recall motion was initiated by the civic group WeCare Kaohsiung, which was set by pro-independence activists who accused Han of failing to keep his promise and abandoning the city, which is known as a pro-independence stronghold. 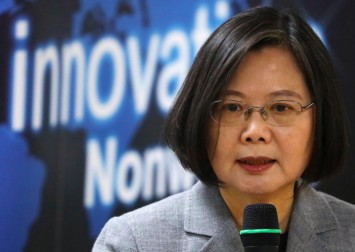 Han won a landslide victory in the city’s mayoral poll in late 2018, causing embarrassment to the DPP, which had controlled the city for two decades.

Liao Da-chi, a political-science professor at National Sun Yat-sen University in Kaohsiung, said the outcome was more about political manoeuvring rather than Han’s failings.

“I am afraid that the political confrontations will intensify,” she said, adding that Han supporters might seek revenge by initiating a recall motion against Tsai.

“The party had hoped to use its control in Kaohsiung to increase its influence in southern Taiwan, but with Han’s removal, it is left with Yunlin county and Chiayi city in the south, meaning it will have a difficult battle in the 2022 local government elections,” he said.

“Do we have candidates good enough to challenge the DPP’s nominees?” he said, adding that it could take the KMT 20 years to win back Kaohsiung.

Under Taiwanese law, Han is required to step down in a week’s time and a by-election will be held on September 12.