A view of Singapore. Many rich Taiwanese have their eye on the city state and are considering moving there.

There was relative calm among many residents when the Chinese military staged large-scale drills around Taiwan in August, following US House Speaker Nancy Pelosi's visit to the self-ruled island.

But while most people did not believe a full-blown conflict was imminent, the threat of war had become too real for some wealthy Taiwanese families.

Some have since been finalising exit plans, with the aim of eventually moving their loved ones, assets and parts of their business operations to Singapore — long a safe haven for firms looking to dodge Beijing's geopolitical tensions with other governments — according to fund managers and private bankers' accounts.

"They are now looking at more holistic planning. Not just some asset diversification that they have been doing all this while, but also overall relocation plans for both their families and businesses," said Jacky Li, who heads Standard Chartered's Greater China private banking team for affluent clients.

Li said enquiries from Taiwan had increased around fourfold compared to a year ago, primarily from business owners in sectors such as semiconductors and healthcare.

"The rich really want to find a backup solution. Some of them want to have a second passport somewhere else," said Li, who handles ultra-high-net-worth clients, including companies listed on the stock exchange.

One director-level executive from an American bank said wealthy Taiwanese have been increasingly diversifying their assets — including to Singapore — in recent weeks.

In one case, an entrepreneur was set on moving close to US$100 million (S$135 million) in assets. Others, mostly "mid-tier" clients with an eight- to nine-figure net worth, have plans to set up headquarters for their businesses in Singapore, with the hope of securing residency.

In their conversations with him they flagged various recent developments as concerning, including Pelosi's visit in August to Taiwan, which Beijing views as a renegade province awaiting reunification with the mainland.

China's President Xi Jinping securing an unprecedented third term was another factor, prompting some in the business community to think Xi has plans for reunification to seal his legacy.

Beijing sees the self-ruled island, with a population of around 23.9 million, as part of its territory and has not ruled out the use of force to take control of it.

Fears of reunification by force have long been aired by world leaders but have become more pronounced in recent months. Nato members, for example, held their first dedicated debate on China's rising threat to Taiwan in September, according to a report in Britain's Financial Times newspaper on Wednesday (Nov 30).

"It's not a short-term mindset. It's not a refugee route but it's more for long-term planning," said the American banker, who requested anonymity. "It's to create a way out potentially for their children and grandchildren."

In his two decades in private banking, Taiwanese clients have shown the "strongest motivation" to exit now, he added.

There has been a heightened sense of urgency among wealthy Taiwanese, Li from Standard Chartered pointed out, and a surge in relocations was poised to occur in the next one to two years. "They want to act very fast," as he put it.

Apparently backing that notion up, property agents in Singapore have seen a slight uptick in interest from buyers from Taiwan.

Taiwanese people have generally not been the main buyers in the city state — compared to those from mainland China who have made headlines for snapping up blocks of high-end property and massive bungalows — but they have bought 107 flats so far this year, a 10-year high, according to official research data from Knight Frank.

About 80 per cent of Singapore's 5.5 million population live in public flats that are only available for citizens and permanent residents, while the other 20 per cent live in private flats, which foreigners are allowed to purchase.

Christine Li, head of Asia-Pacific research at Knight Frank, said Singapore property was highly sought after by buyers from mainland China and Taiwan because of the city state's reputation for safety, security and as a growing hub for business and finance.

The resumption of international air travel as countries bounce back from the pandemic would likely bring back Asia's rich, she added, including those from Taiwan, as the wealthy are less sensitive to global rate increases and rising borrowing costs.

Clarence Foo, senior associate division director at property agent Propnex Realty, said the recent wave of Taiwanese buyers are predominantly in their 40s and 50s and wanting luxury condominiums in central Singapore, typically with a budget of between S$15 million and S$20 million.

Among the recent transactions involving Taiwanese is a four-bedroom unit at a luxury condominium in the city centre — designed by award-winning French architect Jean Nouvel — which changed hands for S$22.29 million, according to reports.

Last year, Taiwan's Tsai family, who own the Hong Kong-listed snack maker Want Want China Holdings and are worth billions, bought all 20 units of a new condominium in one of Singapore's most exclusive neighbourhoods for S$293 million.

"For Taiwanese buyers, it's all about risk management. They don't know at the end of the day whether there would be an escalation [of cross-strait tension]. They always try to guard against risks and do things a few steps ahead," Foo said. "It's in the event they need to evacuate or situations like that."

Property investment is one of the few ways Taiwanese can park their money elsewhere, said Chung Ting Fai, a lawyer who advises family offices.

Other routes include buying into Singapore-based firms or starting their own family offices. While most of his clients are from mainland China, Chung said he has noticed an upwards trend in interest from rich Taiwanese.

"For the Taiwanese, the threat has been there all the time. They have always thought about shifting their funds, but recent events have sped up their decision-making process," he said.

Chung also noted that some Taiwanese entrepreneurs, especially those with business functions on the mainland, were cautiously optimistic about opportunities in China. "I don't see this as an exhaustive [move] but more of planning," he said. 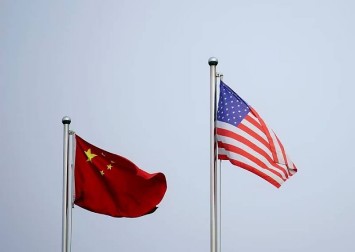 The inflow of foreign money and investors into Singapore is not new.

The pace at which super-rich Chinese have flocked to the city state for shelter has ramped up over the past few years, observers say, noting that inflows of Hong Kong-based Chinese nationals accelerated in the aftermath of the city's 2019 political turmoil .

Similarly, the most recent wave of Taiwanese decamping to Singapore was a clear reflection of rising risks — including geopolitical ones — around the world, said Song Seng Wun, an economist at CIMB Private Banking.

"Singapore continues to shine as a beacon and a safe haven for money. Investors feel somewhat safe," he said, noting however that other destinations such as Dubai have started to gain a similar reputation.

He said Singapore has sealed its status as a hub for the rich with its strong emphasis on the rule of law, stable government, and low-tax policies, among a list of other reasons.

The government, though, has sought to stress that while it is open to the influx of investment and top talent, it is mindful of the downsides of its open economy, particularly in exacerbating inequality in the city state.

The country's prime minister-in-waiting, Lawrence Wong, in an interview with Bloomberg on Nov 17, said the government was "clear-eyed" about the challenges, and would continue to ensure inclusive growth and invest in citizens.

On the issue of wealthy Taiwanese seeking to make Singapore their home away from home, Song said it was unsurprising given the bellicose rhetoric coming from China and the US.

"When people are threatened because of the risk of war, they look for an alternative place that they can feel safer [in] both physically and also in terms of their wealth. Singapore ticks all the boxes," he said. "Anyone, whether in Taiwan or elsewhere, would want to take out an insurance policy."