Taiwan's wonder woman reveals what it takes to be a sniper 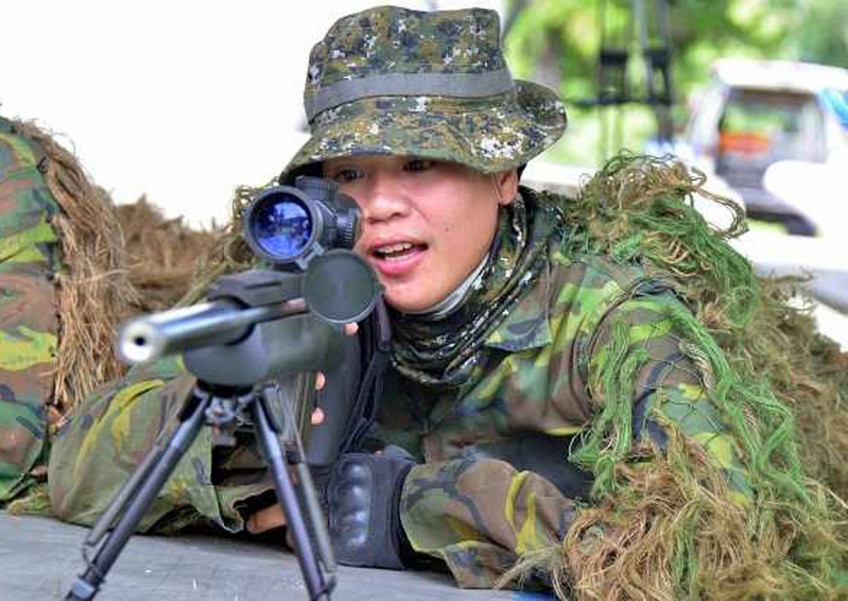 Chien is a 27-year-old who belongs to the Amis indigenous tribe and who is a deadly sniper for the army.

A sergeant at the R.O.C. Army's Taitung Area Command Center, she volunteered for training to become a sniper and graduated at the top of her advanced-level class earlier this year.

Pei said she was surprised at her marks in the training programme, as her peers were excellent snipers who "were all number one as well."

She told local media that her training included five days and four nights in the wilderness, learning camouflage, combat, and precision aiming.

One of the most difficult parts of her training was the 24 hours when she was left in the mountains alone and had no contact with anyone else.

Recounting her proudest accomplishment, Pei said it was when she shot a target in the head from one kilometer away.

What Does It Take to Be a Sniper?

According to Pei, a sniper must be cool, calm and precise. First and foremost, snipers must know how to camouflage themselves so that they can do their work without being caught, she said.

The ability to withstand long periods of solitude during her training was something that she initially struggled with but later overcame.

She said "solitary training" was important because in her line of work, "sometimes it takes a long time for a target to appear."

She said that from a young age, she had learned from her parents which wild plants were edible and which were not, and that this knowledge came in handy during her wilderness training.

Pei said that as a sniper, her gun was her life and she regularly cleaned her T93K1 to keep it in good condition.