Tearful Yingluck hopes for a reprieve in rice case 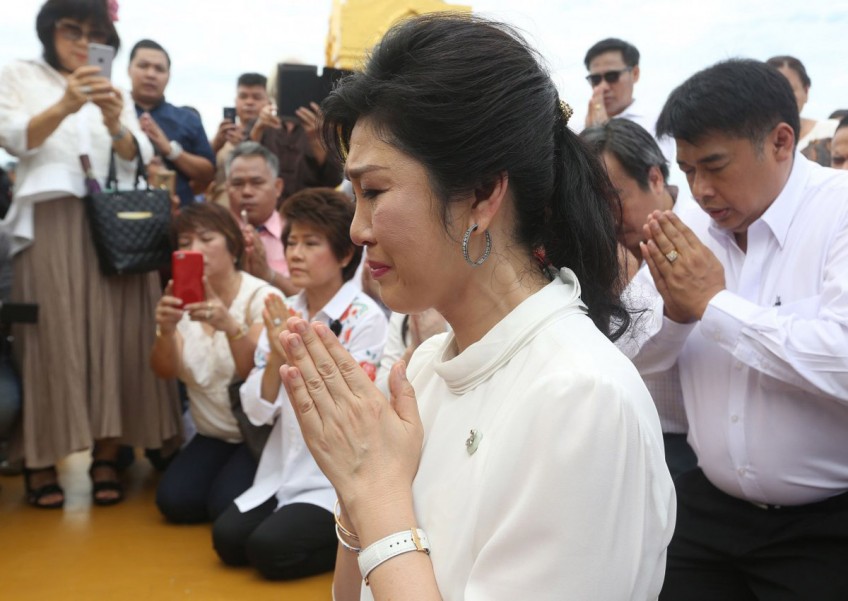 Former Prime Minister Yingluck Shinawatra said tearfully yesterday that she hoped to thank everyone in the country personally while assuring she would not flee the country as a court ruling approached in a case stemming from her government's rice-pledging scheme.

Her elder brother, Thaksin Shinawatra, opted to flee in 2008 before the same court issued a verdict in a case in which he was accused of abusing his power while serving as prime minister. He was found guilty and sentenced to two years in jail.

Yingluck, who headed the previous |government before the coup in May 2014, could not hold back tears yesterday as she said her life had been "extremely difficult" this year.

"It's not the first time in my life that I have experienced problems and obstacles. But this year has been very difficult. I need to tell myself to be strong," Yingluck said.

"I smile often but sometimes I can't control my feelings. I'm sorry to have cried before you today. I try my best not to make people concerned about me but sometimes I'm not successful," she added.

Yijngluck was at Sa Ket Temple in Bangkok to make merit on her 50th birthday.

Also present were many politicians from the Pheu Thai Party and her supporters.

The Supreme Court's Criminal Division for Political Office Holders is hearing a case in which Yingluck is accused of negligence for failing to stop massive irregularities stemming from the rice-pledging scheme.

The last hearing of defence witnesses is scheduled for July 21 and both parties will have 30 days before presenting their closing statements.

After that, the court has 14 days to issue a verdict in the case.