TOKYO - The badly decomposed remains of 10 people have been found on Japan's coast across the sea from North Korea, along with the wreckage of two boats, officials said Monday (Nov 27).

The discovery comes just days after a group of eight fishermen, who said they were from North Korea, washed up on the same shore.

Police said two cadavers were found in separate places on the edge of the surf on Sado island, which lies around 750km from North Korea across the Sea of Japan (East Sea).

The bodies had begun to putrefy, and had nothing to identify them, senior local police official Hideaki Sakyo told Agence France-Presse.

However, he added, there were boxes of North Korean tobacco as well as boat parts and life jackets with Korean script nearby. 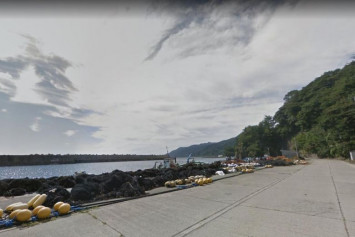 A wrecked wooden boat with squid-fishing equipment was also found on the coastline.

High waves had prevented officials from investigating since the boat was first spotted on Friday, they said.

Television footage showed a wrecked vessel with an eight-digit number on it, which washed up on Oga peninsula on Sunday.

"Nothing else was found on the beach nearby, and so far we haven't found anything" that suggests a definite link with North Korea, a coastguard spokeswoman told AFP.

Dozens of North Korean fishing vessels wash up on Japan's coast every year.

Sometimes the boats' occupants have already died at sea, a phenomenon local media refer to as "ghost ships".

Experts say some North Korean fishermen travel far out to sea in order to satisfy government mandates for bigger catches.

But their old and poorly equipped vessels are prone to mechanical and other problems, including running out of fuel, and there are few ways for them to call for rescue.

Surviving drifters frequently request to be sent home, but some of them are defectors who are eventually sent to South Korea.

Japan and North Korea have a tense relationship. But the Japanese coastguard occasionally rescues North Korean fishermen in maritime accidents in regional waters.