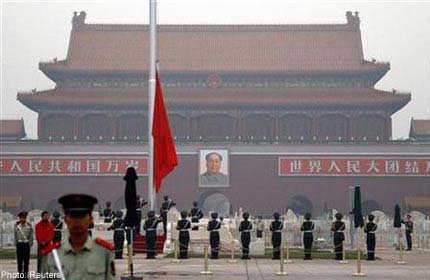 The strained China-Japan relationship is the most telling witness to how Japan's diplomatic policies have been held hostage by its domestic politics.

The territorial dispute has caused Japanese people to see China in an unfavorable light. Tokyo's comments on Chinese ships patrolling the waters around the Diaoyu Islands have prompted anxiety in many Japanese minds.

Tokyo's distrust of and hostility toward Beijing has found expression in a Japanese Defence Ministry interim report outlining the country's new defence programme. It exaggerates China's military strength and questions its legitimate claims over the Diaoyu Islands, thus reinforcing the unfavorable view the Japanese public has of China.

Before Japan's upper house election on July 21, Japanese Prime Minister Shinzo Abe visited the islands of Ishigaki and nearby Miyako, some 300 km south of Okinawa, vowing that he would "never make concessions" over the disputed islets. While sending a tough message to China, he was also trying to score points in the court of public opinion.

Politicians cannot ignore public opinion no matter what country they come from.

Nine young members of parliament from Japan's ruling and opposition parties, including the LDP, New Komeito Party, Japan Restoration Party and Your Party, will start a four-day visit to China on Sunday, Japan's Kyodo News Agency reported. They are expected to meet with Chinese young people in Beijing and Tianjin.

A Reuters poll of upper management at 400 Japanese companies showed in July that better relations with China and South Korea were at top priorities for the Japanese business community.