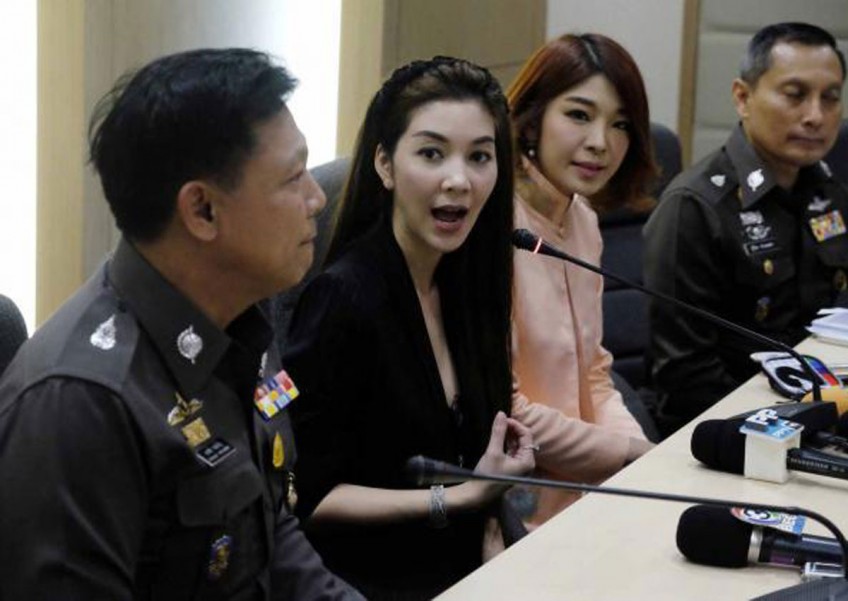 Video Jockey and actress Virithipa Yamnam has confessed that it was business, and not fun or a personal favour, that drove her to post a picture of herself online with an alcoholic beverage.

Virithipa, or VJ Woonsen as she is also known, has taken a different tack to other celebrities, who were quick to say they had not been paid for posting similar pictures and they did it simply because they felt like it.

Virithipa, accompanied by her lawyer, made the confession during a meeting with officials on Wednesday.

"She has provided co-operation and useful information," said Dr Samarn Futrakul, director of the Alcohol Control Committee Office. "She has said the picture is meant to promote beer, not drinking water, which is sold under the same brand".

According to Samarn, information provided by Virithipa has made it clear that the posting of such pictures was a form of advertising.

"But I won't go into details. I won't say who else is implicated either," he said.

"It's the court that will make the final ruling. But I think her co-operation should be grounds for leniency when her case goes to the court," Samarn said.

Aside from Virithipa, many other celebrity have recently posted pictures of themselves online with beer products. Among them are Pakorn Lam, or Dome, Natthaweeranuch Thongmee, or VJ Ja, Wichian Kusolmanomai, or DJ Petjah, and Nontaporn Teerawattanasuk, or Ying Yae.

Samarn said it was clear that these entertainment figures had violated the law, which bans advertisements of alcoholic beverages.

Piti Bhirombhakdi, an executive of Boon Rawd Brewery, was apparently among the first to raise questions about why so many celebrities suddenly posted pictures of themselves with beer products on social media at the same time.

Earlier this week, his representative met with Samarn to provide information about what looked like an advertising campaign from another beer firm.

After a meeting that lasted for nearly two hours, Samarn said information from Piti's representative was very useful but he refused to disclose any details.

According to Samarn, more celebrities will be summoned to testify over the alleged advertising of alcohol beverages.

Thailand has implemented many measures, including the ban on advertising for alcoholic beverages, to discourage drinking among Thais. Alcohol consumption is widely blamed for many social problems, crimes and road accidents.