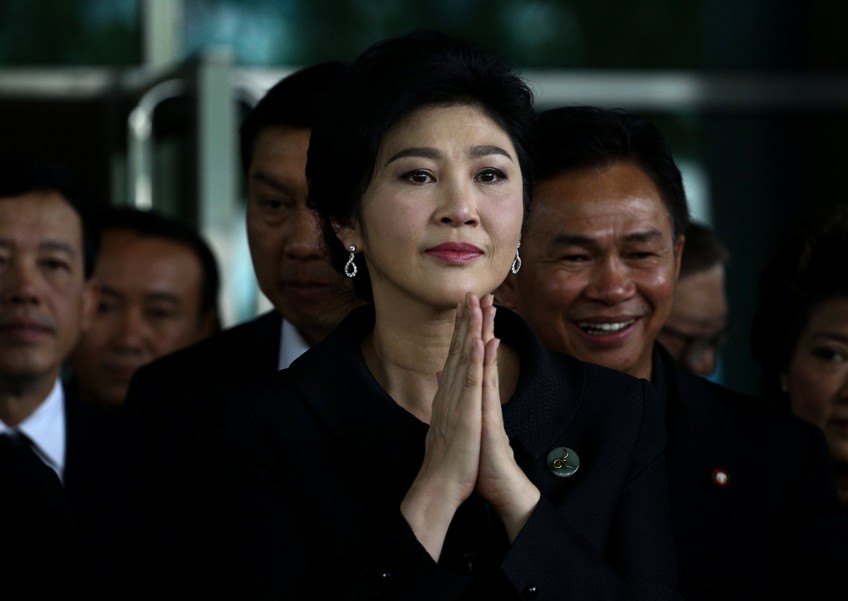 Shinawatra, 50, whose government was ousted by the military in 2014, disappeared from Thailand shortly before a Supreme Court verdict in a negligence case against her.

The deputy prime minister told the media that Yingluck left Thailand by crossing to neighbouring Cambodia by land via the Aranyaprathet border district in Sa Kaeo province, almost 300 km (186 miles) east of the capital Bangkok.

He said authorities had seized a vehicle believed to have been used to take Yingluck to the Cambodian border. The vehicle was found near a house in Nakhon Pathom province, north of Bangkok. Police said the owner, based on the car registration, did not match the person who had the car at the time.

Prawit said the three men admitted to helping drive Yingluck to the border, but no charges have yet been filed. "All three of them gave us useful information. We are working on the investigation and consolidation of the evidence,"deputy national police chief General Srivara Rangsibrahmanakul said.

A police source who does not wish to be named told Reuters that the ongoing investigation has revealed that a former police chief who has closed relationship with the Shinawatra family masterminded Yingluck's escape.

The Supreme Court has issued an arrest warrant against Yingluck and rescheduled the verdict for her negligence case to Sept. 27.

Yingluck faces up to 10 years in prison if found guilty of negligence over a costly rice subsidy scheme that helped to bring her to power in a 2011 general election.

Yingluck has accused the military government of political persecution. She pleaded innocent to the negligence charge.