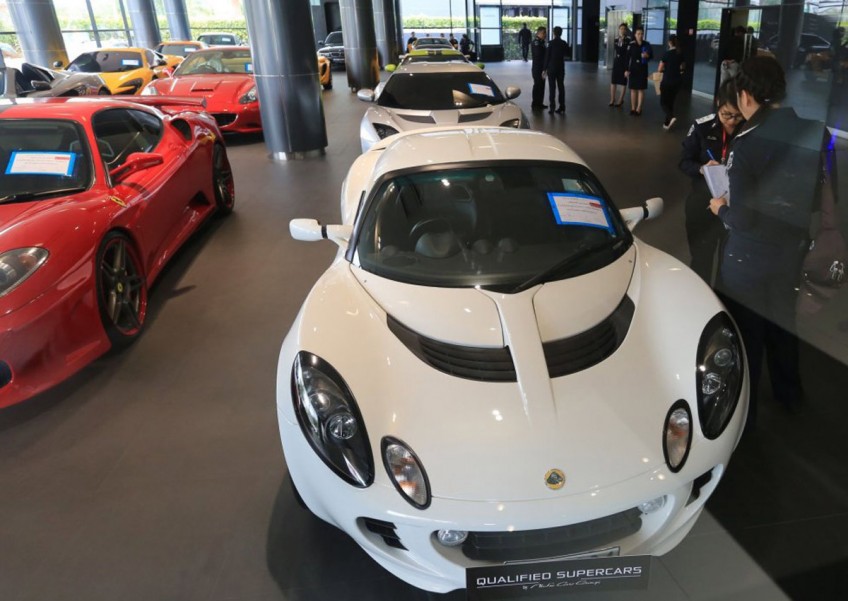 The Department of Special Investigation (DSI) is preparing to file charges related to tax evasion against the importers of an initial batch of 32 luxury cars after the Customs Department submits a tax assessment report to the DSI on Friday.

The luxury car investigation would also be used as a model for co-operation with other countries, particularly in the Rolls-Royce bribery scandal linked to Thai Airways, a source at the DSI said.

Paisit said the agency had found evidence suggesting 73 luxury cars - each worth more than Bt4 million (S$163,000) - had been imported illegally with fraudulent declarations and officers were contacting owners of the cars to collect evidence.

Paisit said the UK-based National Vehicle Crime Intelligence Service (NaVCIS) had sent additional information to the DSI to confirm that 13 cars the DSI had seized, including some confiscated from super-car importer Panusak "Boy Unity" Techaterasiri's showrooms, were suspected to have been stolen from Britain.

The agency would wait for NaVCIS's decision whether the cases would be prosecuted in Britain, which would require extradition of suspects, or if police complaints would be filed in Thailand, he added.

Last week Panusak announced he would file a Bt50-million lawsuit against the DSI after the raids seized cars from his two showrooms, saying the move had dealt his company a heavy financial blow and he had been unable to do business since May 23 following the "unlawful" raids.

He also said the 34 luxury cars impounded by the DSI had been imported according to proper procedures.

A source at the DSI said NaVCIS had learned that Panusak had opened a company to buy luxury cars that had not been fully paid for on instalment plans to be sent for sale in Thailand. When the cars were sold, owners were paid enough money to repay their car-finance companies.

The source said 108 Customs officials were under investigation in relation to the grey-market car cases, which would conclude by September, and the anti-graft agency National Anti-Corruption Commission was waiting for more documents from British authorities.