Tom Waller, director of the The Cave, a film about the rescue.

A year after a dozen young boys and their football coach became trapped deep in a flooded cave in Thailand, sparking fears for their lives, they are trying to live normal lives away from public glare.

Thousands around the world were glued to the media coverage of the cave rescue drama last July, as divers raced against time to rescue the group of 13, who remained stuck for some two weeks without food and water.

The youngest member of the Wild Boars football team was only 11 years old during the ordeal at the Tham Luang cave, in the northern province of Chiang Rai.

"My son has grown so much," said Thanawut Wiboonroongruang, the father of Titan, the youngest member of the Wild Boars football team. "He has a lot of patience now. He has become so mature."

Read Also
One year on, boys of Thai cave rescue deal with fame 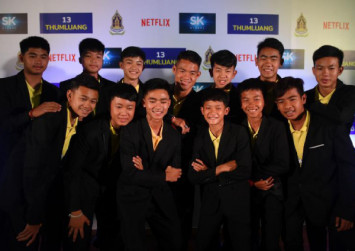 Titan was found after 10 days trapped in the cold, dark cave by British divers John Volanthen and Richard Stanton, who spotted the football boys huddling together on a ledge.

Over the course of three days, the team of 13 were carried out one by one, sedated, to the world outside, in one of the most watched rescue missions in history.

Efforts to protect the boys' privacy come even as the incident, which took place between July 8 and 10, will be the focus of a feature film.

The Cave - Nang Non is still in post-production and is set to be released later this year.

"We started the filming with the Buang Suang (the praying ceremony)," said Irish-Thai director Tom Waller, who shot the movie over six months from last November. "And in every location, we were very aware of the spirits, especially at Tham Luang where you can really feel their presence." 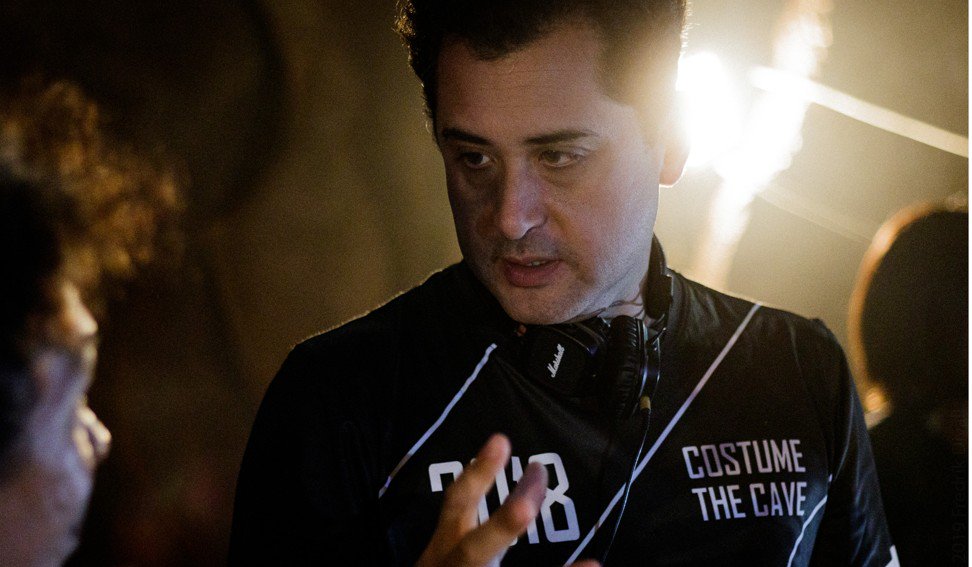 Capturing the local traditions and superstitious beliefs was just one element Waller included to ensure the story was as authentic as possible.

That commitment also saw him recruiting hundreds of extras to portray the divers, rescue and government personnel, journalists and volunteer cooks who gathered at the Nang Non mountain, where Tham Luang is located, for weeks during the rescue effort.

Waller also consulted two of the divers who were involved in the rescue, including a cave-diving instructor from Beijing. 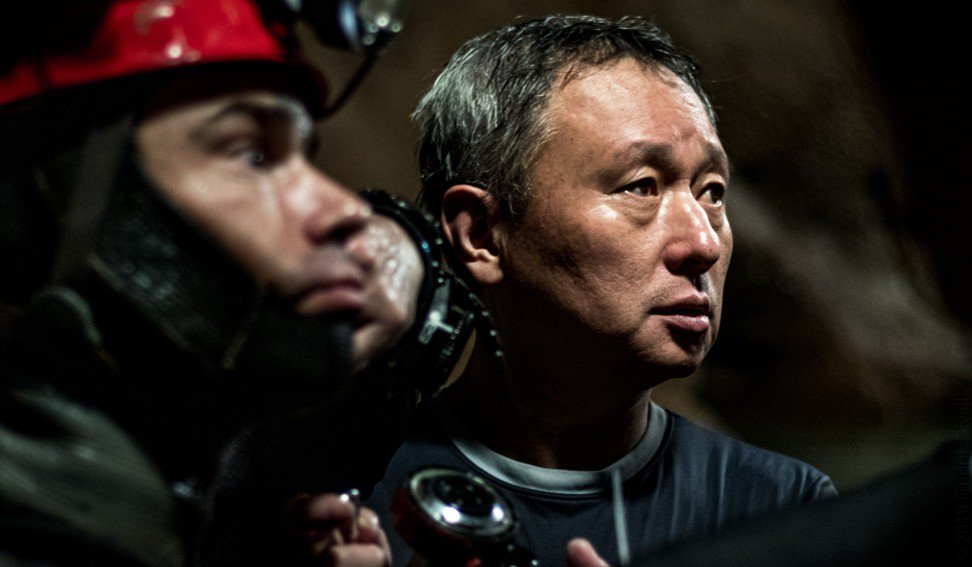 "Tan Xiaolong came with the Peaceland Foundation, a charitable organisation from Beijing who were invited to help," Waller said.

"Because of the language barrier and because he did not have a diving buddy, Tan did not dive beyond chamber three, [but] he was the first diver on hand when the boys were coming through," said Waller, adding Tan will also be appearing in the movie as himself.

"Jim's story and his encounter with the coach has been depicted with as much accuracy as possible," Waller said.

A cave in Thailand's east was used as the setting, as Waller did not receive the green light to enter Tham Luang until January, when he and his team was allowed inside the entrance chamber after the water subsided. It felt like "an eerie place", he said. 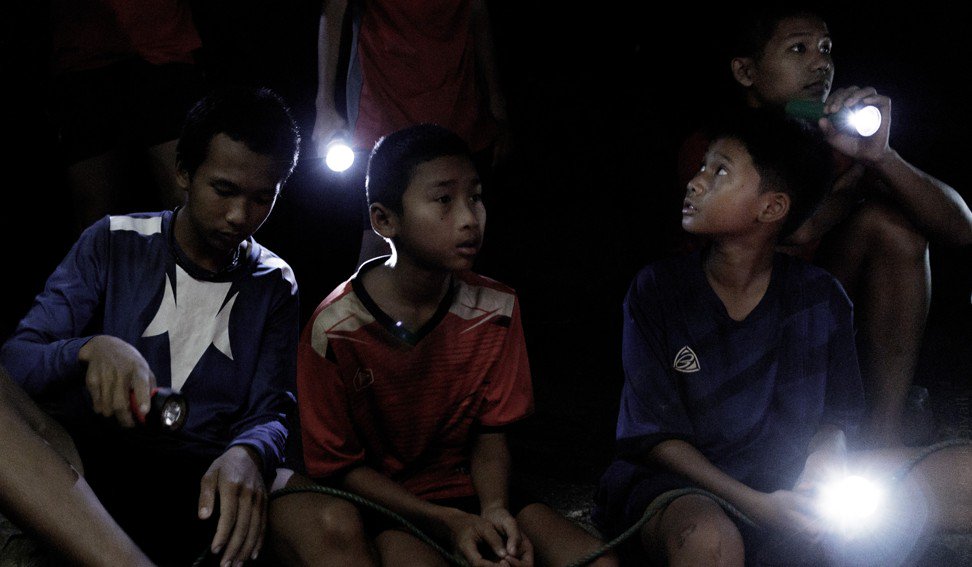 A scene from The Cave.Photo: South China Morning Post

A few weeks after the boys recovered from their ordeal in hospital last year, they took some highly publicised international trips that included an appearance on The Ellen Show in the US. They also joined the 2018 Summer Youth Olympics opening ceremony in Buenos Aires, Argentina.

However, there remains a huge effort to shield the boys from publicity.

The Thai government does not permit media to conduct exclusive interviews with the boys, who have sometimes been chased to their homes and schools.

Last year, the government set up the Creative Media Committee to organise a plan regarding media activities about the cave rescue mission. Following recommendations from the committee, the 13 Tham Luang Company was created in April, with the boys and their coach among the shareholders.

13 Tham Luang has struck a deal with Netflix and SK Global Entertainment to film a miniseries about the cave rescue, which will be made by Crazy Rich Asians director John M Chu. A release date has not been scheduled.

Titan's father Thanawut, the manager of 13 Tham Luang, said the priority was to allow the boys to live a normal life.

"Two of the boys have moved to Chiang Mai to study. Coach Ake has resigned as the Wild Boars' assistant coach because he wanted to set up his own team," he said. "My own son, Titan, moved to a school that focuses especially in football in central Thailand in April."

Thanawut, who maintains a shop in Mae Sai, denied local media reports that each family was paid 3 million baht (S$132,900) for the Netflix series, though he could not reveal any other details related to the filming.

Three of the boys' parents and coach Ake are the board members of 13 Tham Luang, according to Thanawut.

"The boys and coach Ake are public figures, so I worry about how the public will treat them. But I always tell them to just live and be in the present.

"At the end of each day, I always go to the football field where the remaining members of the team practise, and watch them from afar. They have all grown up now."