Chachoengsao's Bang Pakong police have nabbed a man who allegedly held up a 108 convenience store worker at gunpoint before fleeing with Bt11,000 (S$490) on a motorcycle.

Police were alerted to the robbery at the store in front of Wellgrow Industrial Estate in Bangsamak subdistrict at 12.30am yesterday (June 1).

The shop worker reported that the thief forced him to hand over the cash of Bt11,000 at gunpoint before fleeing on a green Yamaha Fresh motorcycle with licence plate NSK 526 Surin.

Approximately three hours after the incident, the police found a man at a market near Bangsamak Temple resembling the suspect from the store's CCTV footage and promptly made an arrest.

The man was identified as Phichai Sukkasem, 42, a local of Surin province. The motorcycle used in the alleged robbery was also seized. 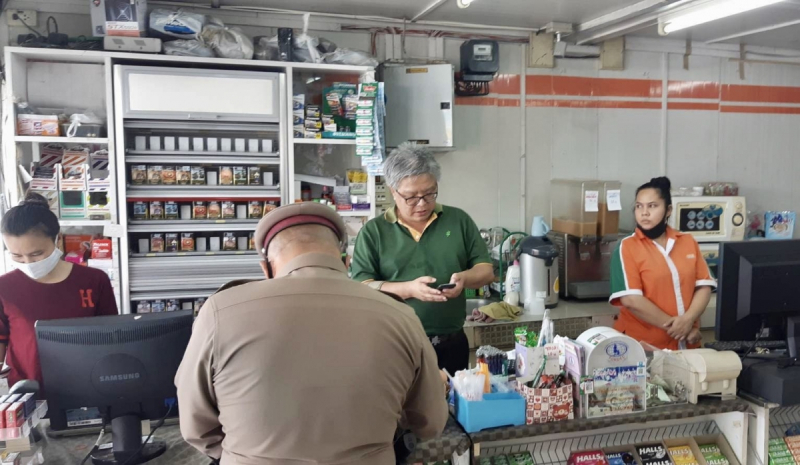 Phichai reportedly confessed that he committed the robbery because he needed money for rent and to pay his debts as he had been out of a job due to the Covid-19 crisis.

After he got the money, he hid the gun at his rented house and stepped out to the market to buy food, but forgot to change his clothes, which led to the police recognising him.

Police subsequently searched his house and reportedly found a BB gun that was used in the robbery. Pichai was taken to the police station and charged.