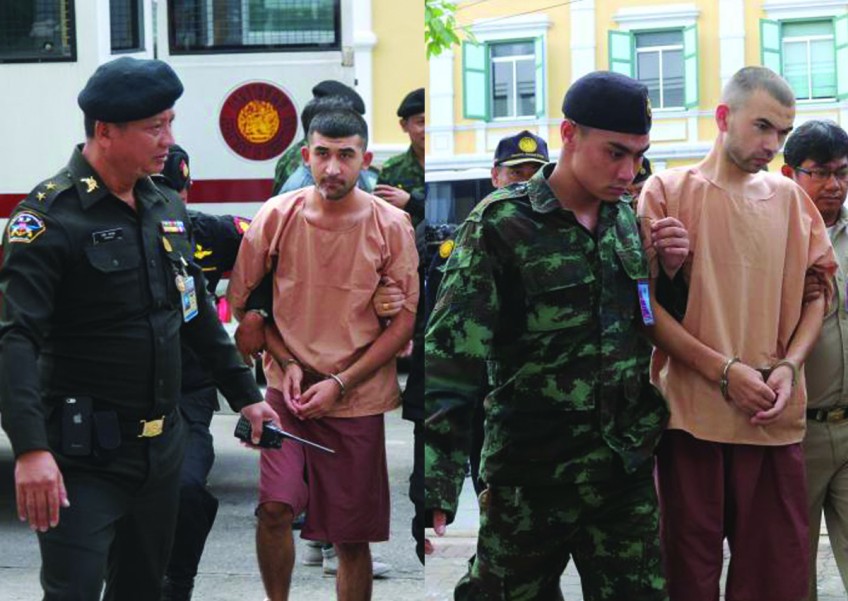 The military court yesterday extended the detention period of the two foreign suspects held in relation to the Erawan Shrine bomb attack.

The suspects, Bilal Mohammed and Mieraili Yusufu, can be detained till October 31 under the latest approval.

They were nabbed for their alleged role in the two August bombings in Bangkok.

The blast at the shrine killed 20 people and injured more than 100 others, while the bomb that exploded the following day at the Sathorn Pier caused no casualties.

Following the bombings, Bilal was arrested at an apartment in Bangkok, while Mieraili Yusufu was nabbed in a border province.

Both have already made partial confessions, though investigators say they need more time to question witnesses and receive results of scientific tests.

The two suspects showed up at military court yesterday.

They were handcuffed and remained expressionless.