A police captain in Nakhon Phanom has won praise from Facebook users after they saw a video clip of him chanting a long and difficult-to-memorise Pali prayer to perform an "exorcism".

Pol Captain Phurithat Phurithattanon's video clip was posted on Facebook by Nakae police on Monday night and by yesterday morning, it had viewed more than 21,000 times. Phurithat is a deputy crime suppression inspector at the station.

The post said a woman complained she was being haunted by a "pob" ghost, a parasitic spirit that eats the internal organs of its host. The policeman visited the family, discussed the case in the Isaan dialect and then chanted the prayer to soothe her.

The Pali chant, called Paticcasamuppada, is one of the Buddha's teachings on why people suffer from sadness. The policeman was heard in the clip telling the woman that the ghost was haunting her because of her refusal to "let go". 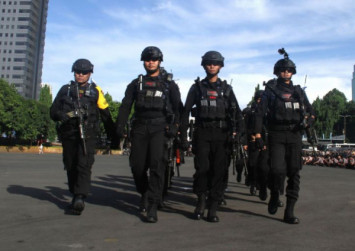 He said he was not afraid of the ghost. He told the woman to take a deep breath and "release" it as the ghost had become disoriented and lost. Meanwhile, he would chant part of the tripitaka for her to listen to.

Facebook users were astonished that the policeman could remember the intricate Pali chant, speculating that he must have once been ordained as a monk. One user, Ratchanikorn Homsudjai, pointed out that the chant was not a "ghost-busting" prayer but rather a chapter of the Buddha's teachings.

She added that if Buddhists tried to understand and follow it, they would become happier. There have been at least 34 news reports of "pob" ghosts over the past three years, according to the Thai Civil Rights and Investigative Journalism's website (tcijthai.com). Twenty-five reports came from the Northeast and at least four featured assaults, resulting in the deaths of two "possessed" people. According to traditional beliefs in the region, there are two main categories of pob ghost: the pob cheua possesses the relatives of its victims, often passing from mother to child, while the pob mon latches on to a person who has violated the laws of magic.

It recommends that community health officials investigate the cause of deaths they suspect stem from supernatural beliefs and educate residents so they don't resort to stigmatising the mentally ill as "possessed".

Meanwhile the patients should be able to communicate and "vent" their distress and get proper counselling.