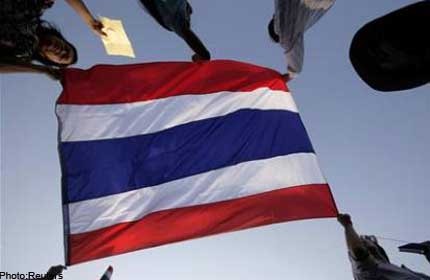 THAILAND - The government has signed a memorandum of understanding with a network of labour groups involving two key International Labour Organisation conventions, which could lead to landmark changes in Thailand's labour law guaranteeing workers - including migrants - certain legal rights and conditions. It's something authorities have long tried to avoid due to concerns about how the new status of migrant workers could affect national security.

Key concerns of ILO Conventions 87 and 98 centre on the fact that under ILO-enabled protections, migrant workers would be entitled to expect certain labour conditions of their employers - similar to Thais. Government workers, such as soldiers and police, would also be granted certain rights as employees under the conventions, which some critics believe could lead to problems of discipline and insubordination.

Marking the "World Day of Decent Work" on October 7, a group of labour reps gathered outside Government House and submitted a request to Deputy PM Pracha Promnog, asking the government to ratify ILO Conventions 87 and 98. They later met the National Security Council (NSC), the only agency still opposed to the move by labourers, to submit a further request.

Thai Labour Solidarity Committee (TLSC) chairman Chalee Loisung, who led the efforts and handed in both requests, said he was surprised that NSC secretary-general Paradorn Pattanathabutr received the request himself and even promised to make a recommendation in support of it, before forwarding the issue to the Labour Ministry for consideration today.

"This is our nearest chance to achieving our goal with the ILO conventions in 21 years," Chalee said, adding, "But frankly I fear that the government will dissolve Parliament before the issue is pushed through."

ILO Convention 87 stipulates freedom of legal gatherings by labourers or employees to voice demands for better conditions and welfare benefits, without prior permission from authorities. People have the right to gather regardless of their political beliefs, race, skin colour or nationality, it adds.

Convention 98 requires state authorities to protect the rights of striking workers from employer discrimination, while ensuring that all workers are free to join labour unions - and that they are not forced out of the unions - because of the roles they play in legal gatherings or strikes. State authorities must also ensure there is no interference between bodies of employers and employees, and that all laws and measures on protections of workers' rights are always actionable.

Thailand has not ratified either of these conventions, even though it is a founding member of theILO, established in 1919, which later fell under the authority of the United Nations. Cambodia and Myanmar have ratified both conventions conditionally, while 150 countries have endorsed Convention 87 and 160 countries have done the same with Convention 98, out of a total of 185 ILO members.

"If only Convention 98 is enforced, a labour leader can negotiate with employers, but he must go alone."