The Judicial Commission is investigating a chief justice for allegedly citing "special connections" when refusing to produce his driving licence at a checkpoint in Nakhon Si Thammarat province.

The probe will determine whether Krairat Weerapattana, a chief justice at the Criminal Court for Corruption and Misconduct Cases Region 8, has committed a disciplinary offence.

A viral video clip shows Krairat telling a junior policeman that he was a chief justice and that he was "Choke's friend". 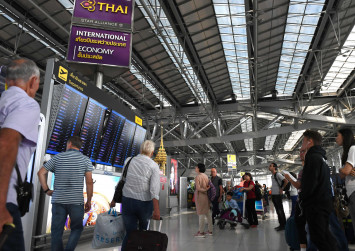 The incident took place on May 2. The following day, Lance Corporal Ekapon Juisongkaew, who asked to see Krairat's driving licence and recorded the incident, was transferred out of patrol duty. However, Prime Minister Prayut Chan-o-cha intervened and reinstated Ekapon.

"We will check the results of the probe," the Judicial Commission's secretary Sarawut Benjakul said yesterday, adding that the investigation had been ordered even after Krairat provided an explanation of the incident.

In a related development, Nakhon Si Thammarat's police chief Pol Maj-General Thakoon Netpukkana also ordered an investigation into the incident. Members of the fact-finding panel showed up at Thung Yai district without any prior notice yesterday.

Ekapon, meanwhile, was thankful for the public support he had received on Facebook and also thanked the director of his alma mater, Boonkong Upakan School, for sending him flowers as moral support. The junior policeman, however, did not comment on the investigation that has kicked off both in the police force and the judiciary.