BANGKOK - A close aide of Thailand's King Maha Vajiralongkorn has been named as head of the agency which manages the monarchy's multi-billion dollar holdings after the law was changed to give him full control of the Crown Property Bureau.

Air Chief Marshall Satitpong Suvimol is the new chairman of the bureau, according to a Thai government document released on Monday.

The role had previously fallen to whoever was finance minister.

The exact size of the Crown Property Bureau is not made public, but recent estimates have run to more than US$30 billion (S$41.1 billion) through its holdings in real estate and other investments. 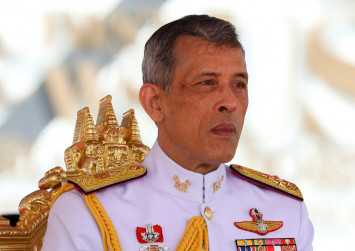 Satitpong had long served as private secretary to Vajiralongkorn before he ascended the throne last year following the death of his father, King Bhumibol Adulyadej. Satitpong was put in charge of the king's private property in January.

Four other appointments were made to the eight member board of the Crown Property Bureau.

Rich-list publisher Forbes once described the former king as the world's richest royal, but was rebuked by the Thai embassy in Washington, which said assets in the Crown Property Bureau were not his property but held "in trust for the nation".