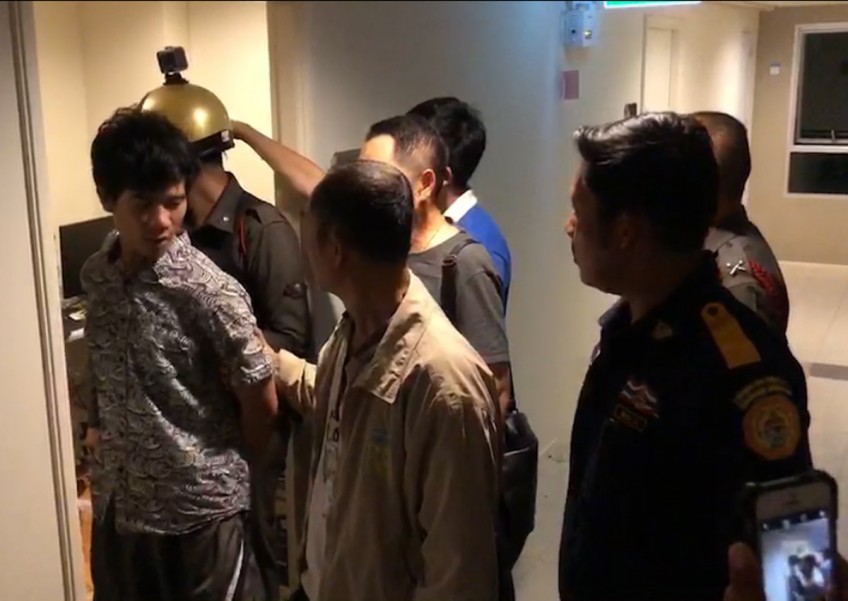 A man has been arrested after assaulting and humiliating his girlfriend and broadcasting the attack on Facebook Live.

During the attack, the man was seen using a broomstick to hit his girlfriend in the face and body several times.

He also forced her to slap her own face and to keep apologising to him while addressing him by his nickname.

Officers went to a condominium in Bangkok's Nawamin area at 7pm on Sunday after being told about the incident and when they arrived, they found Chaichiana Sirichart, 26, who appeared high on meth use, said Pol Gen Weerachai Songmetta, deputy police commissioner general.

When police arrived, Chaichana allowed only one officer to go into the room to talk, whereupon he released the woman. He was finally arrested about two hours of negotiations.

Weerachai said Chaichana admitted to having used drugs and attacked his girlfriend out of jealousy.

Chaichana was charged with assault, causing physical and mental harm, detaining another person against their will and violating the computer crime act.