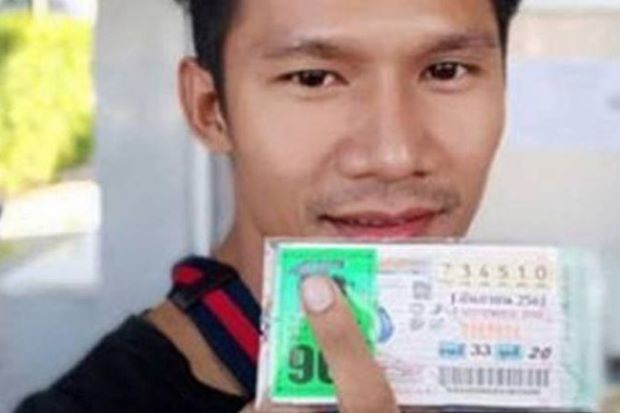 BANGKOK - A man from Samut Sakhon, who bought a set of 15 lottery tickets with the same number not long before the September 1 draw, has won the Bt90 million (S$3.8 million) jackpot.

He picked up the winning tickets from his regular vendor at a PTT petrol station on Ekkachai road in Samut Sakhon's Muang district Monday morning.

The vendor, who identified himself as Pete, has a stall inside the petrol station.

Pete explained that he was left with two sets of lottery tickets, each with 15 tickets of the same number, with a few hours to go before Saturday's draw so contacted his regular patrons via the LINE app, showing them photos of the two sets.

The buyer selected the set that turned out to be the winner and wired him Bt1,800.