Thai man kills fiancee to be with new girlfriend; both now face murder and theft charges

CHUMPHON - A man and a woman accused of murdering the man's 25-year-old fiancee in the southern Thai province of Chumphon will face additional charges, police said.

He already faces three charges, including premeditated murder for shooting Nontiya Kruajaturat, a dental assistant that he was to wed last Sunday (Dec 24).

Naruemon has been arrested and charged with premeditated murder as she reportedly confessed to police that she had bought the gun Ronnachai used in the murder for Bt7,000. She would also be charged with possessing a stolen item. 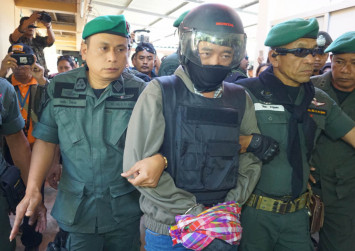 It was previously reported that a nurse who lived next to Nontiya's room at Salui Community Hospital in Thasae found her body on Tuesday morning (Dec 22) after she did not show up for work at the hospital.

The window in Nontiya's room was found broken and she had a single shotgun wound in the chest.

Security cameras at the hospital showed a hooded man, who appeared drunk, walk in and out of the hospital residence at about 1am.

Police interrogated Ronnachai after Nontiya's father said he had wanted to cancel the wedding because he had a new girlfriend who worked at his office.

Nontiya reportedly refused and insisted the wedding be held on Sunday, although he had told her that he had a new girlfriend.

Ronnachai was arrested and reportedly confessed after police found at his house a hood and clothes that matched those of the man in the video footage. 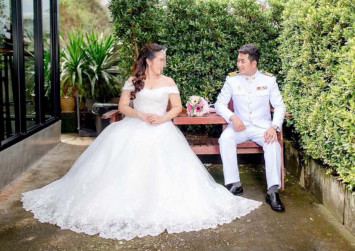 Nontiya's family initially planned to hold a cremation ceremony last Sunday, the day the wedding had been scheduled for, but changed their mind, saying they would wait to hold the cremation until the murder is solved.

The family has also called for both suspects to face the death sentence.

Sonthichai said that the maximum penalty for the suspects is the death sentence but the court would weigh the suspects' confessions in sentencing.

"It is a consideration of the court, which police cannot argue about," he said.