A volunteer for the Bangkok Metropolitan Administration (BMA) flies a drone fitted with a water tank during a demonstration to make artificial rain to tackle air pollution in Bangkok on January 31, 2019.

BANGKOK - Thai Prime Minister Prayut Chan-o-cha has said he is determined to step up measures to fight the worsening air pollution problem plaguing the capital, saying he may even issue drastic orders limiting the use of vehicles.

Premier General Prayut Chan-o-cha stressed that everybody should contribute towards smog-mitigation efforts, or the junta will enforce stern pollution-control measures.

Speaking at the opening ceremony of "Our Country, Our Future" exhibition on Wednesday (Jan 30), Mr Prayut warned that if the smog in Bangkok was not effectively tackled, he will have an order issued by the National Council for Peace and Order (NCPO) prohibiting people from driving alone, ban the use of diesel cars and even implement road-space rationing to mitigate the PM2.5 crisis.

Mr Prayut also warned that local authorities and related agencies face punishment if they fail to control pollution and improve the situation.

With the air quality in Bangkok and nearby provinces continuing to worsen, and the level of very fine and harmful particulate matter - PM2.5 - expected to remain well above the safe standards until this weekend, the authorities began imposing stricter measures. 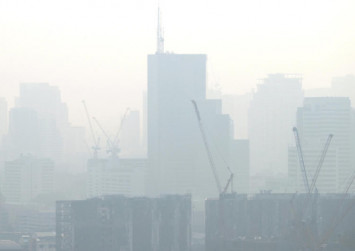 The Bangkok Metropolitan Administration (BMA) has designated the city a pollution-control zone and asked schools and universities in the capital to be closed for two days.

The PM also voiced his frustration with the ineffective efforts to tackle the air pollution problem in Bangkok, calling on all stakeholders to be more dedicated to pollution control efforts.

"The problem with PM2.5 is caused by multiple factors, so everyone needs to work together to tackle with these pollution factors and solve the problem at the root," Mr Prayut said.

"Some people have picked the air-pollution issue to criticise the government, but the government insists that we have already implemented all necessary short-term mitigation measures such as spraying water to lower PM2.5 levels and distributing face masks. But people also have a duty to do their part."

He urged people to have more public consciousness, follow the rules and changing their polluting habits such as using vehicles |that emit black fumes from the exhaust.

"I don't mean to cause inconvenience to people, but we need public participation to solve the problem," he said.

The PM also insisted that official agencies, which have the responsibility to mitigate the smog, such as the Pollution Control Department, the BMA and local authorities, must be efficient in monitoring PM2.5 levels, alert the people when the air quality drops to harmful levels, and relieve the situation to ensure the good health and well-being of the citizens.

But if it were found that related official agencies had failed to discharge their duties, Mr Prayut warned that they would be punished. 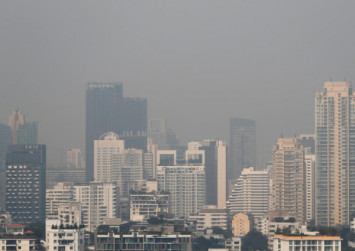 He also asked business operators and factory owners to scale down their operations during this time and make sure their facilities met the environmental protection standard.

In the meantime, he has ordered the Internal Security Operations Command in each province to deploy military officers to inspect the operations of factories in their areas and ensure they were following the pollution emission standards.

Government spokesman Puttipong Punnakanta, meanwhile, said the PM was also concerned about the well-being of students, so he asked the Education Ministry to order temporary closure of schools in the capital on Thursday (Jan 31) and Friday (Feb 1).

He also authorised provincial |governors to consider temporary closure of schools based upon the air pollution situation in their province.

BMA governor Aswin Kwanmuang has ordered all 50 districts of Bangkok to be designated pollution-control area under the Public Health Act so as to allow the BMA to impose stricter legal measures such as banning outdoor burning, debarring vehicles that do not pass pollution emission standards and suspending construction work by official agencies.