"She is in Dubai," Prayuth told reporters, adding that the Thai foreign ministry has been tracking Yingluck's whereabouts.

"The police will now have to proceed and coordinate with the Foreign Ministry and Interpol," the Prime Minister said. 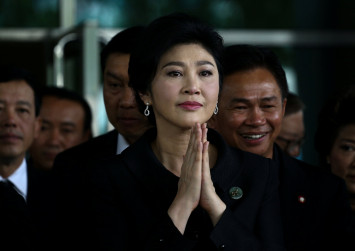 Aides said she had fled Thailand, fearing a harsh sentence. Last month, Reuters reported that she had escaped to Dubai, where her brother, former prime minister Thaksin Shinawatra, owns a home.