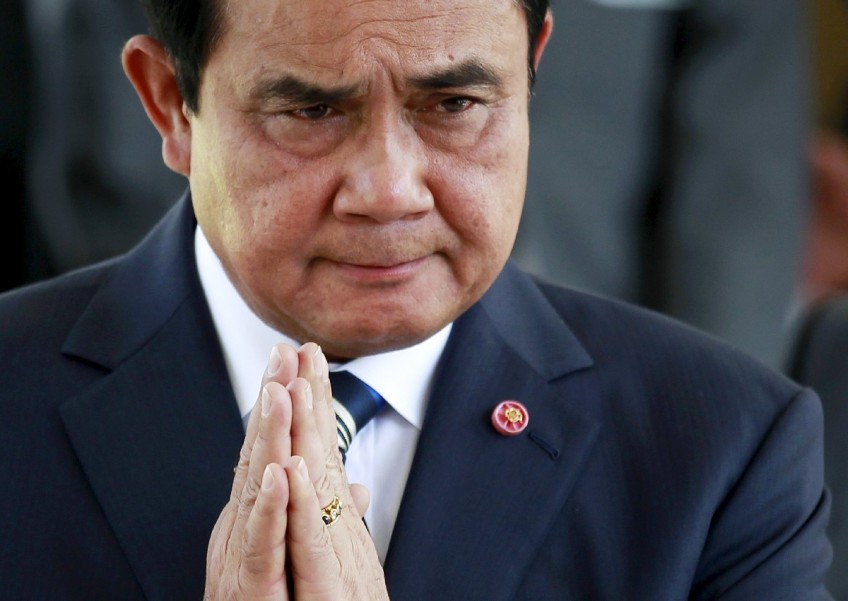 The U.N. refugee agency said Thailand should not have sent the men back to a country where their lives could be put in danger, and Prayuth is the most senior official to comment on the controversy.

When they were arrested by the Thai authorities on Oct. 28, Jiang Yefei and Dong Guangping both held a U.N. protection letter and were waiting to go to Canada, having been accepted as refugees.

"They violated immigration law and after checking we found that there was an arrest warrant from the source country,"Prayuth said, alluding to China.

"They asked us to send them back and we had to send according to procedure," he added. "What was said about protection from UNHCR - we did not know about that," Prayuth said, referring to the United Nations High Commissioner for Refugees.

He said China had undertaken to ensure the deported mens'rights were not violated. "We told the source country that if they take them they have to look after them and not violate human rights and they gave their word," Prayuth said.

The Canadian Embassy in Bangkok said it was not in a position to comment on the case.

Thailand deported about 100 Uighur Muslims to China in July, drawing condemnation from the United States and others.

The Uighurs are a Turkic-language speaking group from China's western Xinjiang region.

Thailand's generals have sought warmer ties with Beijing since seizing power a coup in May, 2014, as the United States had criticised the coup.

On Thursday and Friday, the Chinese and Thai air forces will conduct their first joint exercises. China has said the exercises are aimed at increasing "mutual trust and friendship."