A fully budded marijuana plant ready for trimming is seen at the Botanacare marijuana store ahead of their grand opening on New Year's day in Northglenn, Colorado, on Dec 31, 2013.

Beijing has rejected a Thai politician’s claim that Chinese citizens had been barred from visiting the Southeast Asian country after it recently legalised cannabis.

In a Facebook post on Tuesday (July 19)  China’s embassy in Bangkok said “the government has not resumed overseas group tours that were banned since the beginning of the Covid-19 pandemic”.

It added Beijing had not issued any directives requiring Chinese travellers to cancel their trips to Thailand.

Chaturon said on Facebook last week that cannabis decriminalisation could turn into a negative soft power and affect foreigners’ view of Thai culture.

He also said China had cancelled a schedule to allow tourists to visit Thailand.

Thai netizens criticised Chaturon for sowing division between the two countries and appreciated the embassy’s clarification.

“The politician’s action creates misunderstandings that can negatively affect international relations. Look forward to the day when Thailand will have the opportunity to welcome all Chinese tourists,” wrote a Facebook user. 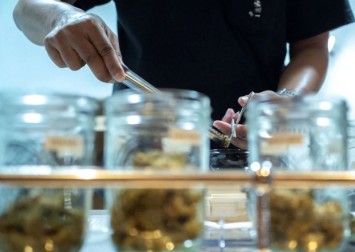 China’s tough zero-Covid policy and quarantine rules have discouraged prospective visitors from the country, who once made up the largest share of foreign tourists in Thailand.

But despite the hassle, the Tourism Authority of Thailand said more than 36,000 Chinese tourists visited the country from January to May. It is also aiming to welcome 4 million mainland travellers next year.

Thailand became the first country in Asia to legalise the growing of marijuana and its consumption in food and drinks after the health ministry removed the plant from its banned narcotics list on June 9.

The relaxation of Thailand’s drug rules also prompted advisories from the kingdom’s embassies in Indonesia, South Korea and Singapore which warned travellers not to take cannabis, hemp or products containing these plants with them as they could face a prison sentence or the death penalty.

Southeast Asian nations including Singapore have some of the world’s stringent anti-drugs laws. It hanged two drug traffickers in early July, taking to four the number of executions in the city state since March despite growing pressure to abolish capital punishment.