For decades, the monarchy has occupied a position of inestimable importance in Thai society, protected by a lèse-majesté law that can see transgressors jailed for years.

Last week’s unprecedented heckling of a motorcade carrying Thailand ’s Queen Suthida and the King’s youngest son, however, reveals how the confrontation between the country’s youth-driven protest movement and the authorities has escalated.

Despite emergency rules banning gatherings of more than four people in the capital and Prime Minister Prayuth Chan-ocha declaring he will not step down, protesters have still gathered en masse to rail against Thailand’s entire power structure, from the monarchy at its apogee to the army, government and billionaire tycoons who hold the system in place.

On Wednesday in downtown Bangkok, dozens of demonstrators lined the motorcade’s route and raised a three-finger salute taken from The Hunger Games film series that has become the symbol of the ongoing protest movement.

Some could be heard chanting “my tax, my tax” about the country’s highest institution in rough Thai slang, which is considered abrasive language for an elder and unthinkable for use on royalty. 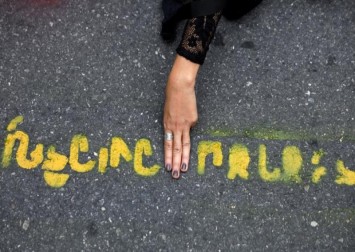 King Maha Vajiralongkorn  unlike his popular father who reigned for 70 years, is a distant figure to most Thais – spending most of his time overseas in Germany.

Since ascending to the throne in 2016, his moves to cherry-pick palace and army positions, put key military units under his direct command and take control of the assets of the immensely wealthy Crown Property Bureau have raised fears Thailand is abandoning its model of constitutional monarchy.

The bureau is estimated to hold more than US$40 billion (S$54.30 billion) in real estate, shares and other assets, although the exact value of its holdings and investments is not made public.

For protesters like 19-year-old student Mee, who only gave one name, the king is an unknowable figure, and the monarchy? “I’m just not into it.”

“As a kid they told us to love [the king] so I did, then I went onto the internet and learned about things that changed my mind,” she said. 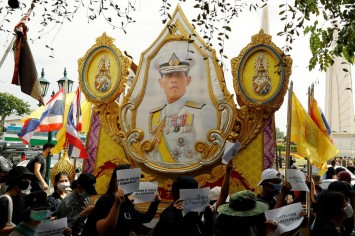 The “whole motorcade moment”, as Voranai Vanijaka, editor-in-chief of the youth-focused Thisrupt content platform and a lecturer at Thammasat University, described it to This Week in Asia , “has taken the country sideways”.

Immediately after the incident, a “severe” state of emergency was declared in Bangkok while protest leaders and others were snatched up in mass arrests under an obscure Section 110 law defending the queen, and the heir to the throne, from any acts of violence.

Those found guilty of breaking it could be sentenced to between 16 years and life imprisonment. News deemed to affect national security, meanwhile, has been outlawed.

But protesters have tossed aside taboos with their persistent calls for reforms to the monarchy and the constitution – a document, drawn up under Prayuth as junta leader following the 2014 coup, that critics say helped the former army chief retain his grip on power in last year’s elections.

Thailand is a kingdom divided. Many of its subjects – especially those from the older generation – respect the monarchy’s place at the head of the social and political order and are outraged by protesters’ calls for reform.

“Their behaviour towards the royal motorcade was unacceptable. They can be against the government all they want but never the monarchy,” said Paisit Jadekanboonshoo, a 50-year-old Bangkok taxi driver, reflecting a common view among royalists and older people alike.

“My generation was taught to pay great respect to the nation, religion and the king. I simply can’t understand why the kids say they don’t have a bond with the institution and I can’t accept it.”

Still the use of water cannons to disperse protesters over the weekend – a police tactic that made Thailand’s unrest mirror that which played out on Hong Kong’s streets last year – has upset many in the older generation, even if they do not agree with protesters. 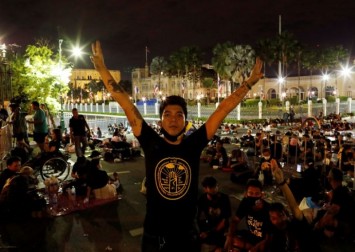 Arch-royalists have called for supporters to launch counter rallies, but there were no reports over the weekend of any such movements being held.

The king does not give interviews. But in rare comments broadcast a day after the motorcade episode, Vajiralongkorn hailed a group of former communist fighters from the 1970s as an example of how it is possible for rebels to become patriots.

“Because of the situation at that time I understand that you had to choose your path,” he said in comments broadcast on Friday on the nightly royal news.

“Now, you all love your country, your people and the institution … your past experiences should be used for the good of the country. You can teach the new generation about your experiences which could be very useful.”

Bringing the monarchy into the reform conversation has rocked Thai politics and society, leaving many unsure of their footing.

Yet the protesters, whose movement only began in earnest three months ago, press on in open defiance.

On Saturday, 12 hours after the emergency decree had been declared, a truck appeared at the site of the protest in Bangkok with a simple hand-painted sign hung over the side reading “fighters from the dust” – a sly reference to a well-known saying that Thais are just dust beneath their monarch’s feet.

“The institution [of the monarchy] is becoming less and less prestigious in the eyes of the younger generation,” said Voranai, the political analyst, adding that Prayuth should open the door to reforms.

“The best way to repair this – rather than staying aloof and indifferent – is to extend a hand,” he said.

Bangkok has hosted several bloody crackdowns on pro-democracy movements in the past, but to avoid a conflict with these young, unarmed demonstrators the king could take the initiative by “pardoning all arrested protesters and promising to endorse a new, more democratic constitution”, said Paul Chambers, lecturer and special adviser in international affairs at Thailand Naresuan University.

The scale of the weekend’s protests in the capital – held in direct defiance of police rules – may have changed the equation, however, limiting the options left open to the government and the institutions that report to it.

Thailand’s economy, already reeling from the impact of Covid-19, has been further shaken by sell-offs of equities and bonds by foreign investors. 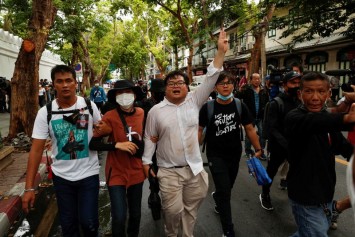 Matt Wheeler, senior analyst for Southeast Asia at the International Crisis Group, said a crackdown by Prayuth was certainly not off the cards.

“But it may be dawning on him and others that the costs of such a move, which would be steep, could outweigh any benefit.”

Termsak Chalermpalanupap, a visiting fellow at the Thailand Studies programme of Singapore’s ISEAS-Yusof Ishak Institute, said in a commentary published last week that Prayuth’s “passive strategy of avoiding the political fray” was not working and “he might before long find himself dispensable”.

“His last chance of staying in power is to be proactive and to lead the Cabinet in proposing a bill on constitutional amendment, without calling for the drafting of a new constitution,” he said.