The Department of Agriculture has unveiled an edible food wrapper made from carrot that is environmentally friendly and highly nutritious.

Sermsuk Salakphet, department director-general, noted that most wrappers of food such as sweets and preserved fruits are made of non-biodegradable plastic, which creates waste that harms the environment.

"So the department's research division sought an environmental friendly alternative and found that carrot was the most suitable candidate to make an edible film," she said. 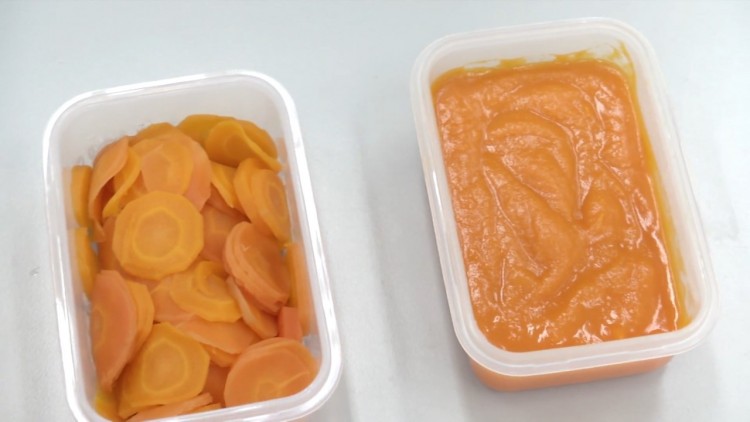 "We tested different fruits and vegetables with a high content of pectin, cellulose and starch - such as purple cabbage, tomato and mango - by heating and grinding them into a puree, then pressing it into a film," added Sermsuk.

"Carrot, at 30 per cent concentration, yielded the best results for elasticity and strength. We also added other edible substances to increase the wrapper's durability, including 3 per cent of alginate and 3.75 per cent of xylitol."

The carrot film is breathable so it is suitable for wrapping preserved fruit products and will last for up to two months. "Furthermore, the film is highly nutritious with 3,465 micrograms of beta carotene per wrapper," added Sermsuk.

"The carrot film is fully biodegradable and causes zero impact to the environment, not to mention that eating it will be good for your health, making it a better alternative for health-conscious consumers," she said.

"The [research] division has already registered the patent for carrot film and we expect commercial manufacturing to start soon."