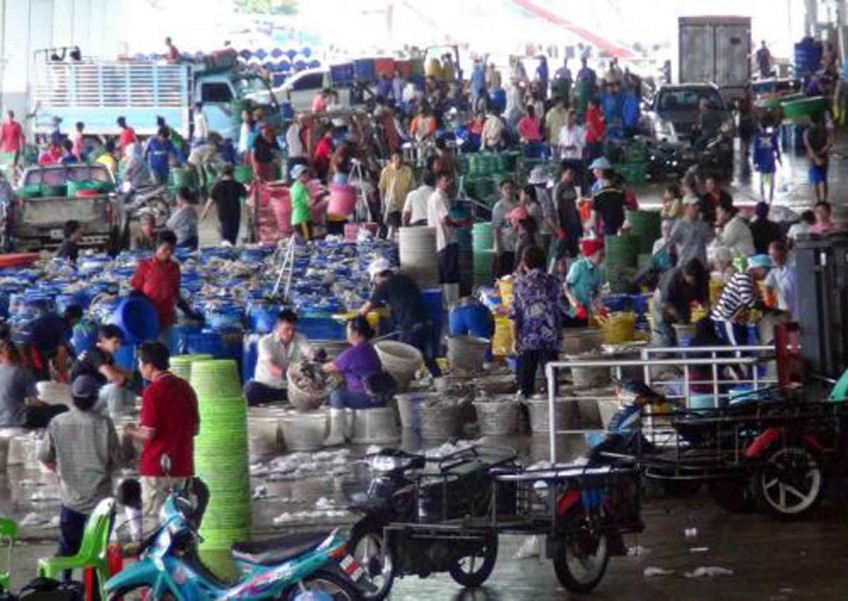 The government has accelerated efforts to tackle illegal fishing and human-trafficking problems, with November 15 set as the deadline to meet crucial international requirements.

Deputy Prime Minister Prawit Wongsuwan said yesterday additional amendments to the Fisheries Act would be enacted by mid-November so as to fully meet the international regulations on fishing as required by the European Union. The EU earlier issued a warning to Thailand to comply with its rules or face a ban on seafood exports worth billions of baht to its 28 member countries.

Meanwhile, Prime Minister Prayut Chan-o-cha also ordered authorities to finalise the country's 2015 report on anti-human trafficking measures by November 15 in a bid to show the international community the progress Thailand has achieved in preventing and solving human-trafficking problems.

Both issues damaged the country's reputation and would hit Thai exports if countries start imposing bans.

On the Fisheries Act, a source said the government may enact additional regulations with an executive decree after the latest amendments were already submitted to HM the King for royal endorsement.

Additional amendments are required after the EU suggested that measures already implemented by Thai authorities were not yet sufficient to meet international fishing rules.

The 28-country EU earlier slapped a yellow card on Thailand on grounds of illegal, unregulated and unreported fishing activities, and gave the country until the end of October to solve the problems or else it could ban Thai seafood shipments.

Prawit said the EU had agreed to the November 15 deadline on additional legal amendments and would send senior officials here from October 19-23 to inspect progress made by the authorities.

On the human-trafficking issue, Vichien Chao-walit, permanent secretary at the Social Development and Human Security ministry, said the premier had instructed officials to compile Thailand's annual report on the progress of its anti-human trafficking measures by November 15 as international agencies were closely watching the country's response to this issue.

Earlier, the US failed to upgrade Thailand's status in its 2015 report on Trafficking in Persons, better known as the TIP report, despite significant progress achieved by Thai authorities in tackling the trafficking of Rohingya migrants via Thailand.

Vichien said the premier had also ordered an amendment to the PM's Office regulations barring all government officials to use their status to pose bail for suspects arrested by police in human trafficking and other related offences.

The amendment will be effective around October 15.

In addition, the premier has ordered authorities to review all previous human-trafficking cases and take legal action against wrongdoers.

The Thai report will also be sent to the US and other countries that pay close attention to this issue.

"This annual report will include all the measures we have taken over the past year in tackling this issue, for both Thai and international audiences. The premier also asked officials to ensure illegal labour is not used in the fishing industry," he said.