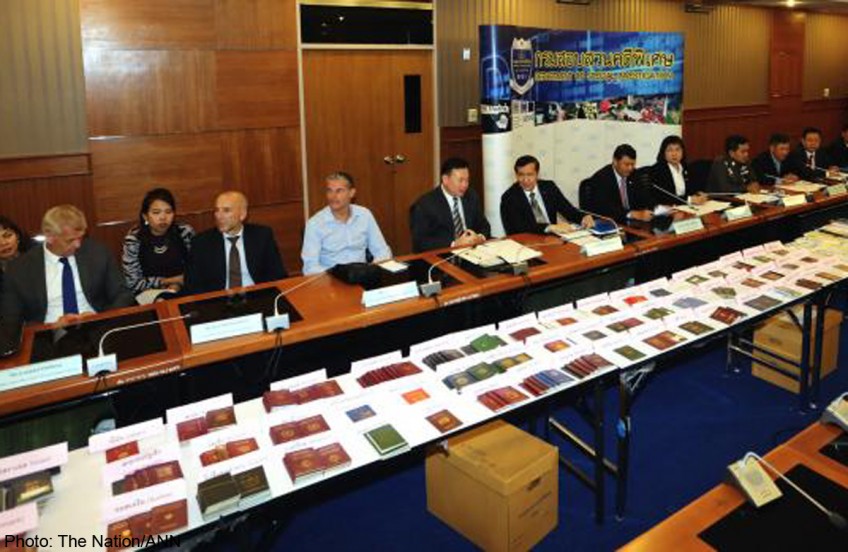 The Department of Special Investigation (DSI) yesterday arrested an Iranian as it cracked down on a syndicate engaged in making fake passports, and possibly linked to international human trafficking.

S Rafil Bonda, a 45-year-old Iranian, was arrested in Chon Buri's Tambon Nang Prue and charged with stealing, receiving stolen properties, making fake documents, passports and visa stamps or stickers, said DSI chief Suwana Suwanjuta. The Iranian is a key man in the syndicate that has been doing this business in Thailand for more than 20 years, she said.

Officials seized 1,053 passports of more than 60 nationals around the world, stolen and illegally made by the gang as well as equipment from one of his houses, in Pattaya. An electronic device for personal data storage and his smart phones, which contain some information on his customers, were also confiscated.

The gang purchased stolen passports from around the world and reproduced them in Thailand for their customers, she said.

The DSI has been on the trail of fake passport-making syndicates for a long time and tracked down many Iranian groups involved in facilitating human trafficking from the Middle East via Thailand to Europe, North America and Australia, Suwana said. The gangs open a "front business" in the Kingdom and use Thai people as business mangers, messengers and staff, she said.

The DSI is now seeking extradition of Paknejad Siyes Ramin from Malaysia as he was arrested there after fleeing a Thai court years ago, she said. The DSI has managed to root out many Iranian syndicates involved in making fake passports over the past years, she said.

In recent years, Thai courts have sentenced at least nine Iranians from two gangs for making illegal passports in Thailand. Four persons, under a group led by a man called Tony, were sentenced to as many as 31 years in prison while persons in other groups were sentenced to not less than 10 years, she said.