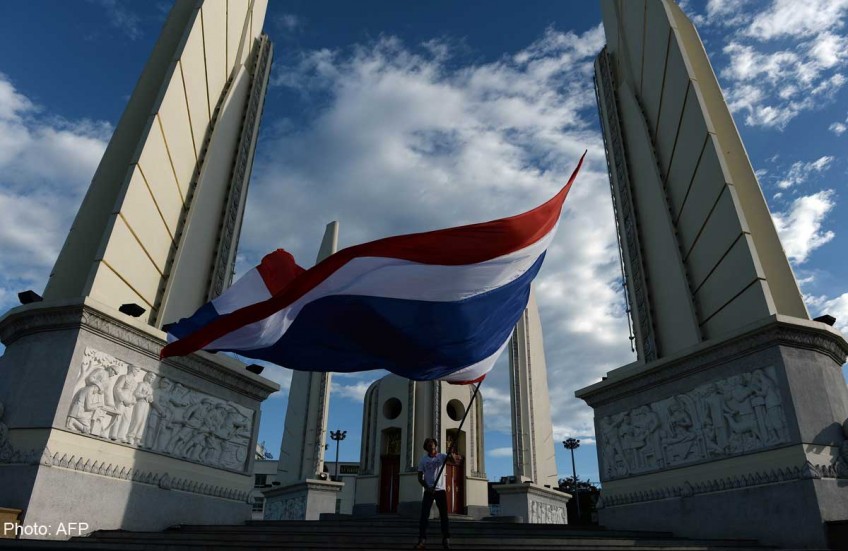 The National Economic and Social Development Board of Thailand (NESDB) will consider canceling the tourism visa fee for Taiwanese and mainland Chinese citizens for three months as part of a plan to boost tourism, the Tourism Authority of Thailand (TAT) announced yesterday.

According to the TAT, if the free visa is granted, about 30,000 tourists from Taiwan per month could benefit and save NT$1,200 on traveling to the country.

Bloomberg reported yesterday that Deputy Secretary-General of the NESDB Arkhom Termpittayapaisith announced in a press conference that Taiwanese and Chinese tourists will not be charged the tourism visa fee for three months as a way to boost Thailand's tourism.

The TAT said that officials are still discussing the free tourism visa plan and the Thailand Trade and Economic Office will give updates on the latest progress regarding the plan.

According to the TAT, the number of Taiwanese people visiting Thailand last year reached 507,617, which is a 65.48-per cent increase compared to the number from the year before.

However, the TAT said that the number of Taiwanese tourists visiting Thailand from this January to May was about 150,000, which was 25.44 per cent less than the number from the same period last year.

According to the TAT, ever since the curfew was lifted on June 16, more tourists started to choose Thailand as a travel destination. If the free tourism visa measure could be carried out soon, the TAT said that it will attract more people to visit Thailand this summer.

Gloria Tours' (喜美旅行社) Associate General Manager Sui Kui-chen said that due to the curfew and protests in Thailand, the number of tourists visiting the country in July and August was not as high as expected.

Sui said that if the Thai government cancelled the tourism visa fee, the number of tourists visiting Thailand would increase by at least 30 per cent.

Thailand's army declared martial law this May in what it said was an attempt to keep the country stable after six months of sometimes violent political unrest.

According to the Taipei office of the Thailand Tourism Division, the martial law declaration aims to stabilize the situation in Thailand and limit the assembling of people to keep protests from expanding.