Thailand elections most likely in 2019: PM 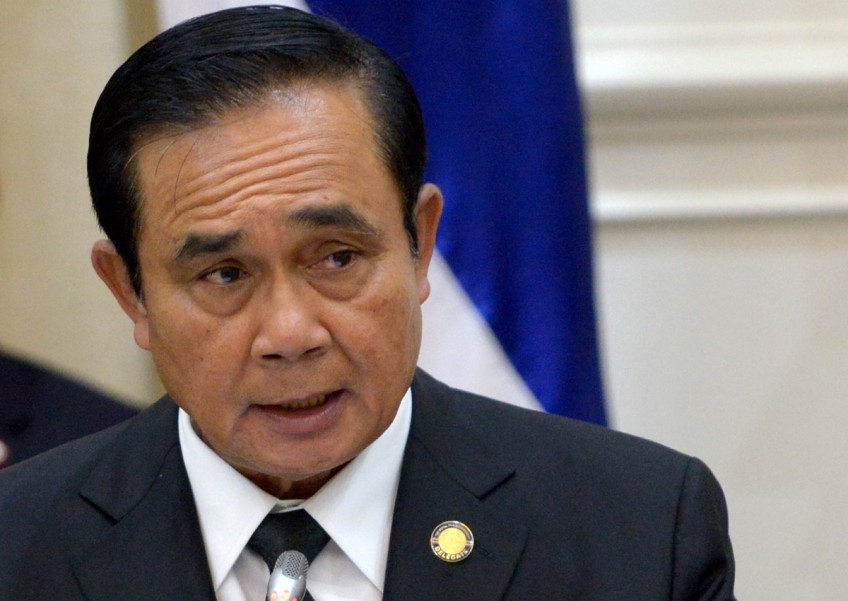 PRAYUT OUTLINES TIMEFRAME TO THAIS DURING US VISIT

PRIME MINISTER General Prayut Chan-o-cha has told the Thai community during his visit to the United States that the election should take place in 2019, many months later than the junta-appointed legislators had predicted.

Prayut spoke after he told US President Donald Trump on Monday that the election date would be announced next year without any further postponement. He said the election would be organised within 150 days after the promulgation of essential organic laws, which he said should be completed by November 2018.

Given Prayut's timeline, the election could be held in March or April 2019. After the election, it should take a further five to six months to set up the next government and the Upper and Lower houses, the premier said.

According to the current charter, the Constitution Drafting Commission (CDC) must complete drafting 10 essential bills within 240 days after the charter was promulgated on April 6. The draft bills have to be deliberated by the National Legislative Assembly (NLA) within 60 days, and 30 more days are allowed for possible legal objections and reviews.

When the NLA has completed its deliberations, the drafts will be forwarded to the prime minister, who will have 30 days to consider them. The laws will then be submitted to the King, who could take up to 90 days to consider royal endorsement.

Prayut met the Thai community on the final day of his visit to the United States.

During an hour-long talk, Prayut was asked whether he would compete in the next general election. He replied that he would have to seek party members first.

When he was asked again if he was certain about his answer, he said "yes".

Deputy Prime Minister Wissanu Krea-ngam said following the original "road map to democracy", the CDC was supposed to complete drafting the four required organic laws by late this year. Afterwards, the NLA will have another 60 days to finish deliberating and endorsing the laws.

If there are any objections, resolving them could take about 30 days before royal endorsement. Once the organic laws are promulgated, it would take another 150 days for preparations before the election could take place, Wissanu said.

"Please do not assume. The original road map is actually addressed in the charter's provisional chapter," said Wissanu, adding that various factors could affect the exact date of the election.

Following the road map, Wissanu said a new government could enter office by late next year or early 2019, 60 days after the election results are announced.

NLA President Pornpetch Wichitcholchai said the prime minister's election timetable could not be interpreted as anything but a suggestion to the NLA to complete enactment of the laws by late next year so the election date could be declared.

Following the charter, the election is to take place 150 days after election preparations are complete, so the organic laws must be in place by then. Pornpetch said he would try to expedite the NLA deliberations process.

He said the CDC had advised that it would submit the two remaining election laws on MP elections and selection of the Senate by late November, after which the NLA would have 60 days for deliberation.

NLA Vice President Surachai Liengboonlertchai said the enactment of the organic laws would follow the timeline given in the charter. He said he could not predict whether the timeframe would be extended until next November, as announced by the premier, and whether the election would be delayed to 2019.