Thailand to get 3 Chinese submarines at the price for 2 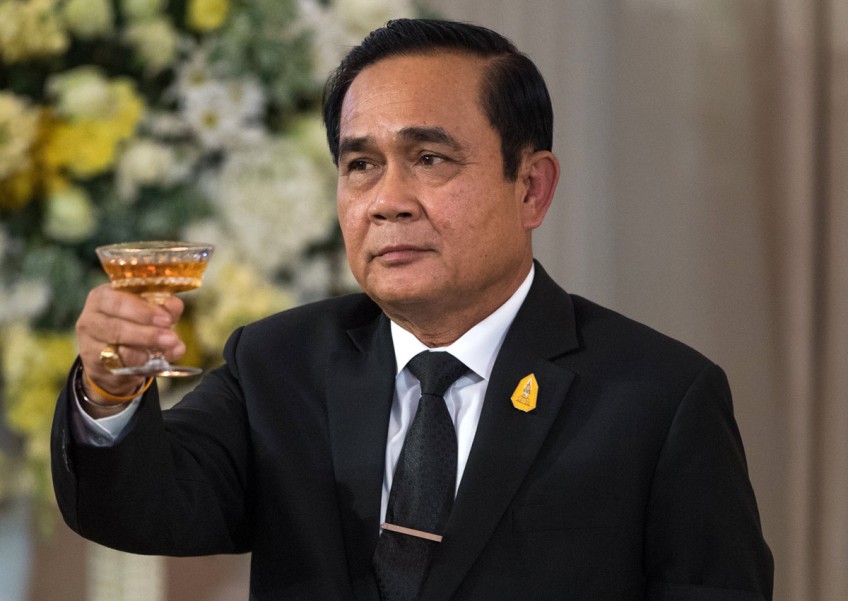 It’s finally Chinese submarines for Thailand. But the government would pay for only two as the third one was “a free gift”, Prime Minister Prayut Chan-o-cha revealed at his weekly press briefing yesterday.
AFP

It's finally Chinese submarines for Thailand.

But the government would pay for only two as the third one was "a free gift", Prime Minister Prayut Chan-o-cha revealed at his weekly press briefing yesterday.

The announcement by the PM ends a wait of over two decades for the Navy.

Thailand had four submarines in 1937, the first country in ASEAN to have submarines and only the second in Asia.

Made in Japan, they became damaged over time and were beyond repair.

Following the defeat of Japan in World War II, the submarines were discharged in 1951.

Since then, Thailand has never had any submarines.

The Thai Navy revived its quest for some submarines to be deployed in the Thai waters, especially in the Gulf of Thailand, in 1995.

Several western countries - Germany, Sweden, France - and Russia were eager to offer new submarines at good prices, but the Navy's dream was hampered by budget shortage and political problems.

In 2010, the Navy made another try, eyeing six submarines from Germany, though they were second hand.

The Navy then readjusted the plan, eyeing one brand new submarine from either Germany or South Korea, but even that bid was suspended.

It was only when the current military government took power in 2014 that the Navy felt itself closer to realising its dream.

The three submarines are Yuan Class S26 T, which have been developed exclusively for Thailand based on China's Yuan Class Type 039 A.

They would be nearly 78 metres long and 9 metres wide, equipped with the latest technology AIP (Air Independent Propulsion) system, that would allow them to dive consecutively up to 21 days without surfacing.

Normal nuclear-based submarines can dive around seven to 10 days.

Sensing the criticism of the Navy's obsession with acquiring submarines, Prayut urged the public to understand why the country needed the subs, and that too from China.

"The submarines from China are the cheapest with the quality relatively acceptable. It has also offered services after purchase, something extra that we have received. I asked my Deputy Prime Minister Prawit [Wongsuwan], and he is ready for any examination of their worthiness.

"We are not rich, and we don't have much money to spend [on them]. We cannot build them on our own so we have to buy them from others," said Prayut.