In Thailand, having a regular job could still leave you $300k in debt

Jiraporn Maysoongnoen, 58, cannot recall when she was ever debt-free. As a new teacher at 18 with a monthly salary starting at 2,200 baht (S$83.62), she took out a loan for a motorcycle so she could ride to work in eastern Thailand.

To supplement her income, she started a tour business two decades ago, borrowing again to buy tour buses. Her debt grew after she bought a new family house, while supporting her family and paying off credit card loans.

Even though she now earns 30 times what she did four decades ago, Jiraporn says she has never once been in the black. Her debt continues to stand at eight million baht today.

“I don’t know if my debt will ever be paid off by the time I’m 80,” she said. “But how could I get to acquire anything in life without the help of loans?”

Even though Jiraporn earns a regular income, unlike millions of people in Thailand’s informal sector, she is part of the household debt crisis that affects about half the country’s 66 million people.

According to Bank of Thailand official Kajorn Thanapase, many Thais become indebted when they are young or at the start of their career.

Speaking at a recent seminar held by think tank Think Forward Center, he said data showed half of people over 30 years old carried financial debt, and one-fifth of them were in no position to pay them off, leaving them with “economic scars” and affecting their productivity and emotional stability.

The central bank launched a “debt clinic” around 2017, focusing on increasing financial literacy, responsible lending which included a loan-to-value principle and an adjustment of the prepayment fee, for example, and debt mediation.

The Thai government has designated 2022 as the year to combat household debt, with an aim to help farmers, teachers, government workers, police officers and those who have student loans with debt restructuring and debt settlement.

Many teachers, including Jiraporn, take out loans from the government-backed Teachers’ Cooperative Savings, where monthly debt payment is automatically deducted from bank accounts, leaving borrowers with too little – or in some cases, nothing – to live on for the month.

It forms a vicious cycle which leads them further into debt as they continue borrowing, either from credit cards or loan sharks, to cover basic expenses.

An education ministry regulation for the organisation to leave teachers with at least a 30 per cent residual was technically neglected until 2019, when an administrative court ruled the law should be upheld after a group of borrowers filed a legal complaint against the education minister on misconduct.

The 30 per cent residual will not only help borrowers with expenses but also maintain their dignity, said Kajorn from the Bank of Thailand.

Thailand’s household debt was at 90 per cent to GDP at the end of 2021 and is predicted to keep rising, crippling consumption and holding economic recovery back even further.

The figure is among the highest in Asia. South Korea’s household debt, in comparison, was 104 per cent to GDP during the first quarter this year, but unlike Thailand, the country is a developed economy.

Read Also
Thai businesses cash in on cannabis, from milk tea to toothpaste 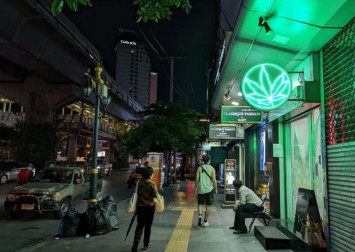 Thailand’s household debt was at 14.5 trillion baht in 2021, according to the central bank, with loans mostly concentrated in home mortgages, business loans and car or motorcycle leases.

Economist and Think Forward Centre’s Director Decharut Sukkumnoed said household debts in Thailand were mostly for consumption, which is why unlike debts in major economies, they tended to be non-performing later on.

He added it would take decades for Thailand’s household debt level to GDP to fall, depending on the state of the Thai economy in the coming years.

Pavida Pananond, a professor of international business at Thammasat Business School, said there were a few obstacles to solving the household debt crisis in Thailand.

“Thailand is forecast to experience slow economic growth at least until 2025, making it harder [to pay] debts. The ageing population [also] means that some of the debtors will face even more challenges in servicing their debts given their income reduction.” 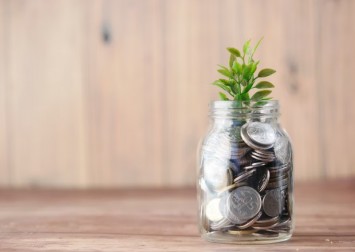 “When wages are low, some portion of household consumption will be financed with borrowed money. In Thailand, it appears to be a fairly substantial portion which has grown as a percentage of total economic output over time,” he said.

“Monetary policy has been loose over the last several years, so credit has been easy to come by. This has been worsened by the pandemic, because many people have seen their incomes reduced,” he said.

“But in Thailand, household debt was already 80 per cent of GDP in 2015, so it’s a structural issue that predates Covid. And at its root, I’d guess it is because an insufficient share of the income produced by the Thai economy is ending up in the hands of workers or consumers.”

During her summer breaks, Jiraporn now takes on seasonal work as a cargo lorry driver in the central and eastern parts of Thailand, where most manufacturing and distribution plants are located.

The job pays as much as 70,000-80,000 baht a month, she says, and the working conditions aren’t as bad as she had thought. Many of her fellow truckers are women.

Jiraporn took on the job under the advice of Achin Chunglog, vice-president of Supa Wongsaena Foundation for Debtors’ Rights Reform, whom she met five years ago.

Achin joined the organisation in 2009 and just a year later, more than 10,000 people had registered to join her debt rehabilitation programme, with a total debt worth over seven billion baht.

Read Also
Personal loan pros & cons, and 5 things you should never use them for 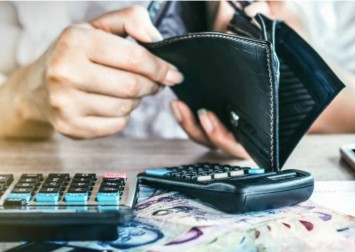 Achin is currently working to propose a bill that will extend protections to individuals in the case of dire financial circumstance, much like the way a firm could obtain a business rehabilitation protection from the court.

This aims to seek protection for the individual’s assets that were subject to be confiscated by debtors, in the case of Jiraporn’s house, when a credit card or loan interest is already high to begin with, Achin said.

Achin said many were in a state of permanent debt as loans became the means to access cash to come into possession of assets. As loans pile up, so does the term loan that in time becomes ongoing.

To break out of the circle, Achin is working with a network of around 50 volunteers in several parts of Thailand to educate people about finance and check their financial background to devise a suitable plan for their debt problem.

She has helped solve cases for those who have borrowed from a dozen loan sharks at one time as well as farmers who were indebted as crops failed.

“Most borrowers are embarrassed about their situation and many of them do not know the full extent of the loan contract, so knowledge is very important. Financial literacy in Thailand is also very low and we are working very hard to change that.”