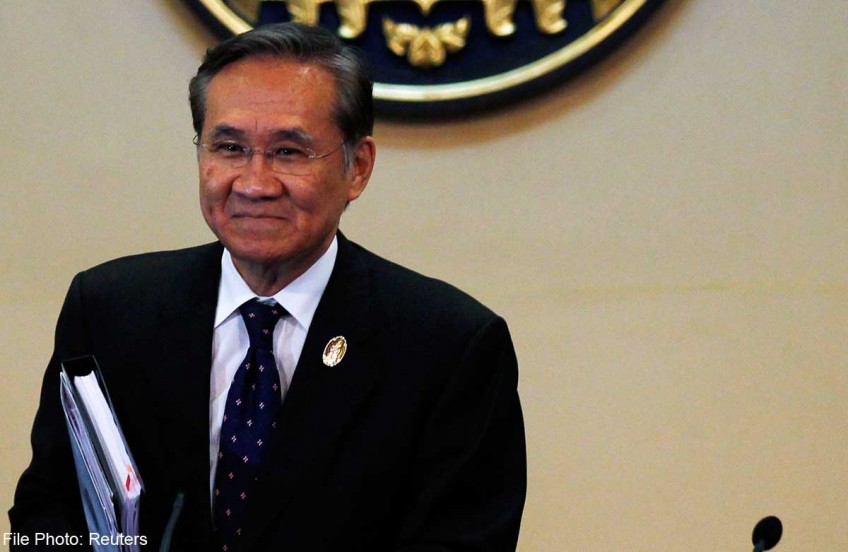 BANGKOK - Thailand's parliament voted overwhelmingly on Thursday to introduce harsher punishments forhuman traffickers, including life imprisonment and the death penalty in cases where their victims had died.

Thailand's move came a day after Britain passed a law that could see traffickers face life imprisonment, and marked the latest step to combat a multi-billion dollar trade in human misery.

The changes will allow prosecutors to seek the death penalty and fines of up to Bt400,000 (S$17,000) for those convicted of trafficking offences, Police General Chatchawan Suksomjit said.

"If the trafficked person dies in the hands of the trafficker then the sentence can now be life in prison or even the death penalty," said Chatchawan, who headed the committee responsible for amending the act.

If a victim of human trafficking is severely injured, those responsible can be sentenced to up to 20 years in prison and fined up to Bt400,000, he said.

"The fine has now increased and goes up to Bt400,000 if the trafficker causes grievous bodily harm to the trafficked person."

The US State Department last year downgraded Thailand to the lowest category in its annual ranking of countries based on their counter-trafficking efforts.

Thailand's military government said in January it was "confident" it had met the minimum standards to improve its ranking.

But a government report aimed at lifting Thailand from the list of the world's worst offenders showed Thailand identified fewer victims of human trafficking last year than in 2013 and convicted fewer perpetrators.

Thailand is a source, transit and destination country for human trafficking.