Thailand's Covid-19 vaccination drive to start at end of February

The Public Health Ministry aims to register the vaccine for Covid-19 in February and the first vaccination drive may start by the end of the month.

Speaking on progress in the procurement of the vaccine, Public Health permanent secretary Dr Kiattiphum Wongrajit said on Sunday (Jan 10) that Sinovac’s inactivated vaccine was created using old technology that was safe. He said there were no reports of any serious side-effects from China's vaccine.

He said import of the vaccines will be gradual. The first lot of 200,000 doses from Sinovac will arrive at the end of February, 100,000 doses on March 8, and 1 million doses in April.

Then in May, there will be a large batch of vaccines from AstraZeneca - 26 million doses in the first lot, followed by another 35 million -- totalling 60 million doses for about 30 million Thais.

Vaccines from both companies must be registered by the Food and Drug Administration (FDA) before they are used. The first lot is expected to be registered on Feb 14, which is intended to coincide with the Valentine's Day. 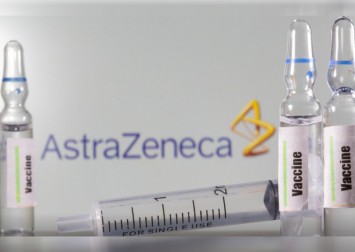 Dr Opas Karnkawinpong, director-general of the Disease Control Department (DDC), added that the first lot of vaccines would be for senior citizens aged 60 years and above, patients with underlying disease, and health personnel working on the frontline in maximum control areas [Samut Sakhon, Chonburi, Rayong, Chanthaburi and Trat].

“After receiving the vaccine, DDC and FDA will follow up by injecting patients for four weeks to ensure they don’t have side-effects. If there are concerns, the committee may stop the vaccination,” said Dr Opas.

He said that the vaccines would be sent to around 11,000 local hospitals and health promotion clinics in each area to facilitate vaccination for the public.

Nakhon Premsri, director of the National Vaccine Institute, said a few vaccines had been tested in Phase 3, such as Pfizer's mRNA, which is 95 per cent effective, and requires two injections, 21 days apart. Moderna mRNA vaccine is 94.5 per cent effective.Both are registered in the United States with Pfizer registered in the United Kingdom as well.

There is also AstraZeneca viral vector vaccine, whose effectiveness is 62 - 90 per cent, depending on injection dose, registered in the UK, requiring two injections 28 days apart. 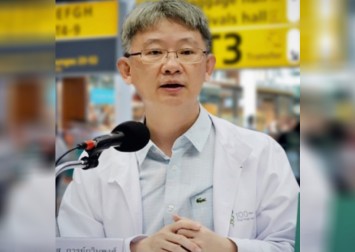 The inactivated vaccine from Sinovac has 78 per cent effectiveness, requiring two injections, 14 days apart. The vaccine is now in the registration process in China.

“Each vaccine has some side-effects, some of them quite common, such as fever, headache, pain near the injection area. No serious side-effects have been reported for all five vaccines. When more than a million vaccines are used, side-effects may be difficult to find though small numbers will gradually appear. In this case, vaccination in urgent conditions with severe outbreaks must weigh the results in terms of controlling outbreaks, reducing morbidity and the side-effects of the vaccine,” said Dr Nakhon.