A worker inspects marijuana leaves at a farm in Thailand.

When Aram Limsakul’s son and daughter came down with dengue fever two years ago, he gave the children, then aged five and four, a vaporiser to inhale the smoke from his own home-grown marijuana. Within a few days, “their fever reduced, they stopped vomiting and ate for the first time in days”, he said.

One of Thailand ’s most prominent marijuana advocates, Aram grew up with cannabis in his backyard in the south of the country, and has been growing the plant since 1991. People far and wide have for decades been seeking his advice on using cannabis for a range of ailments.

“I used to grow 150 plants of cannabis at home. None of my children ever had to use antiseptics for wounds growing up,” said the 61-year-old grower, whose knowledge of marijuana has led many to refer to him as “father”.

Aram is among thousands of small, individual growers in the kingdom who are seeking more recognition as the government legalises cannabis for medial and commercial purposes.

Under the rules, licence holders can grow and sell goods made from the stems, leaves and roots of marijuana and export products made from hemp that usually contain a nearly-zero percentage of tetrahydrocannabinol (THC) – the part of the plant that gives a user a “high”.

The scheme leaves independent growers, who are unable to obtain licences or compete with corporations, out of the picture.

“Cannabis growers in Thailand either go to jail or are hired by big farms as labourers and workers,” said Aram.

“Cannabis growers [are] the most knowledgeable about cannabis, but doctors and academics are being treated as if they know best. This is not how medical cannabis should be [developed] in Thailand.”

Experts have said the gap between the modern cannabis industry and local wisdom for the industry to grow. The Thai government still controls the use and possession of cannabis flowers and seeds, as recreational use of the drug is illegal.

Government-licensed farms must supply them to an agency or a company under a contract.

Aram ran into trouble last year when the police confiscated his plants and fined him 50,000 baht (S$2,126) for the possession and production of marijuana.

Now, he is on a mission to bring “underground” cannabis growers into the realm of the law, to allow them to contribute and get a legitimate share of the burgeoning market before it is completely absorbed by corporations seeking to dominate the multibillion-dollar cannabis industry.

“I want to collect underground growers, not dealers, into a group and propose to the government that we can share our knowledge,” he said. “There are many gifted cannabis growers in Thailand and we want to help the country.”

“Some government academics don’t even know what a cannabis plant looks like. They advise the farmers how to grow cannabis but the produce is not of medical grade,” he said.

A variety named after him

Aram lives in Koh Tao, a southern island in the Gulf of Thailand that was once a hotspot for hippies and is today popular with backpackers.

He claims to have treated many “patients”, including those with mental and physical illnesses such as depression, wounds, skin disease, sinus infection and toothache, with cannabis over the years at no charge.

Islands in the south have long been a haven for those seeking to experience cannabis culture.

According to Akradej Chakjinda, another cannabis advocate, “cannabis in Thailand, especially in the northeast, gained recognition during the Vietnam war as it was used among US troops”.

Akradej was born in 1975, the year the Vietnam war ended, but it was only a decade later when his family opened a guest house in the southern resort town of Krabi that he experienced cannabis for the first time.

“A group of German travellers came to stay and brought what they called the ‘Thai sticks’,” he recalled.

The introduction of the 1979 Narcotics Act, which imposes a jail sentence and fines for possession of cannabis, changed how the plant was perceived and used. The penalties remain today.

“A villager grows one crop in their field and is arrested, but corporations are allowed to reap profits from it,” said Akradej. “This should not have happened.”

Akradej proposed that Thailand should allow the controlled use of cannabis or even declare a tourism zone where cannabis could be a magnet for both Thais and foreigners in search of the best native varieties. 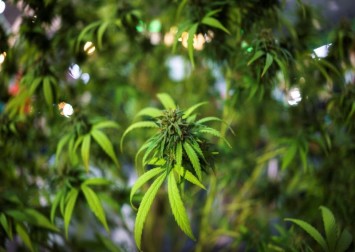 But Aram said he did not see cannabis as either a cash crop or a drug.

“The first time I decided to cultivate cannabis was when I saw brick weed being trafficked from neighbouring countries into Thailand, particularly to the islands in the south,” he said.

“I was upset. Drug trafficking is an immoral act and they sold cheap stuff at a high price,” he said. “Some products were contaminated with fungus and chemical fertiliser.”

Aram knew he could do better. For the past 25 years, dozens of cannabis varieties developed by him have being recognised in and outside Thailand, with the most famous being the KD strain – an abbreviation of his nickname, “Ko Dam”.

Natdanai Musigavong, a pharmacist at the public Abhaibhubejhr Hospital which spearheads prescribed cannabis medicines, said the institution sought cannabis recipes from Aram a few years ago when the government embarked on plans to allow marijuana use for medical and research purposes.

“We obtained cannabis medicine recipes to cure migraine, chronic pain, insomnia and loss of appetite from him. We offer treatment using raw cannabis material and scientific evidence for each patient,” he said.

Jomkwan Nirundorn, 26, who helps to run her family farm “Rakjang” in the northeast that grows more than 1,800 cannabis plants for Abhaibhubejhr Hospital, said she sought advice from Aram about growing cannabis two years ago.

“Your mind has to be calm when growing a tree,” he told her. “It is a slow process.”