Thaksin's son calls for an end to Thai money-laundering probe 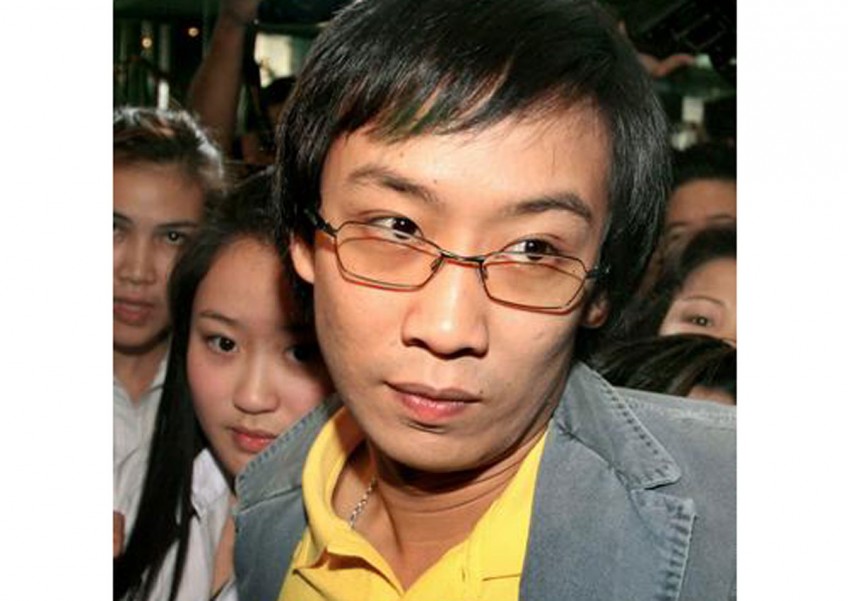 BANGKOK - The only son of fugitive former Thai prime minister Thaksin Shinawatra on Tuesday asked for a money-laundering investigation against him to be dropped, saying it was politically motivated.

Panthongtae Shinawatra is accused of receiving a 10 million baht (S$408,000) cheque in 2004 allegedly related to an earlier corruption case involving 9.9 billion baht of fraudulent loans extended by the state-owned Krungthai Bank when his father was prime minister.

Supporters of the Shinawatras say the legal action is the latest step by authorities in junta-ruled Thailand to squeeze the Shinawatras out of political life and blunt the family's influence.

"There are over 300 financial transactions involving many people and organisations relating to this case that the authority did not investigate," Panthongtae said on Facebook in September.

"Instead they focus on a son of a former prime minister because it has already been predetermined that he is guilty."

In a statement delivered by his lawyer on Tuesday, Panthongtae said again there were no grounds for action. "Panthongtae has been unfairly targeted," lawyer Chumsai Sriyapai told Reuters.

The deputy spokesperson for the Department of Special Investigation (DSI), Woranan Srilum, said that the case would continue and he had no comment on the accusation that it was politically motivated.

"They already gave their reasons (for wanting the case to be dropped) in the document that they handed in," he said.

"Our staff will now have to investigate whether the reasons are valid or not." The Shinawatra family is a hugely influential political dynasty whose political parties have won every general election since 2001.

Yingluck fled abroad in August fearing that the military government, set up after a 2014 coup, would impose a harsh sentence.

His father, a billionaire tycoon who came to power on a populist platform in 2001, proved hugely popular with rural voters but was accused by critics, among them those who form part of the military-backed establishment, of corruption.

He was ousted in a 2006 coup. A court found him guilty of corruption in 2008 over a land deal and sentenced him in absentia to two years in jail.

In 2015, the Supreme Court found 24 people including Krungthai Bank executives guilty of fraud and related charges for approving fraudulent loans.

The DSI has given Panthongtae and three others until Oct. 24 to report.