Thousands of Chinese are flocking to South Korea to take advantage of the country's easy driving tests before returning home with law-abiding licences. But experts say the South's simple process sets a dangerous standard on the roads, and needs to the fixed.

Police data shows the number of driving licences issued to Chinese travelling on tourist visas or visa-free 30-day permits peaked at 7,822 in 2015. The figure halved in 2017 amid a diplomatic row between Seoul and Beijing over a US-made missile system, which prompted China to ban tour groups to the South. But it was only a temporary dip.

Chinese demand for South Korean driving licences has become such a trend that tourist agencies offer week-long packages that include driving lessons, as well as some sightseeing, for up to 13,000 yuan (S$2,573). Driving academies have started to deploy Chinese-speaking instructors and have instructional material in Chinese language.

Zhou Xinghai, a Chinese migrant worker finishing his South Korean driving lessons, said he knew his chances of passing the final test and getting a licence were far greater here than in China.

Getting out of a one-tonne truck at Orange Driving School in Incheon, the 48-year-old looked relaxed and happy after his final practice.

"He wants to get a licence here as he returns home in Hebei Province," said Zhou's wife, who identified herself as Lee.

Fleeing from poverty in North Korea, Lee crossed the border to China in 2003 and soon met Zhou.

A decade later, in 2013, she defected to the South. Although Zhou wants to live with her here, Lee said his limited South Korean language skills have stopped him from applying for a passport.

The couple's three-year visa will expire in October.

"It's much easier and faster to obtain a driving licence in South Korea than in China," she said.

4Lee was not wrong. South Korea drastically simplified its driving test process in 2010, as part of a campaign to ease regulations, by cutting obligatory training hours from 53 hours to just 11. After years of public criticism that easier tests lead to more unskilled drivers on the road, the government in December 2016 increased the required training hours to 13.

"However, this is still outrageously insufficient compared with other countries," said Professor Kim Pil-soo at Daelim University, an expert on traffic systems.

"Acquiring licence in South Korea does not necessarily mean you are prepared to hit the road," he said, noting China and Japan both require far more hours of obligatory instruction before sitting a test.

"Many people voluntarily undergo post-licence road driving practice after acquiring licences to make sure they don't get into accidents in this country."

The South Korean test process is forgiving and speedy. Applicants can retry within three days for a step that they failed, and they are never required to repeat the entire 13-hour course - despite how many times they fail a step. South Korean efficiency means applicants can often complete numerous steps in a single day.

In China, on the other hand, getting a driving licence is far harder. People must first log 63 hours of driver education before being able to take the tests, of which there are numerous. And if an applicant fails any of those tests, they must then wait for about 10 days for a second attempt. If they fail any step more than six times, applicants must start the 63 hours of education all over again. 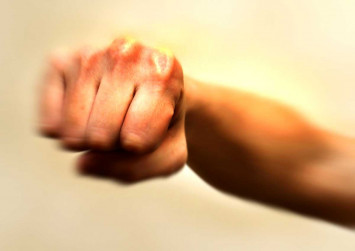 "In China, it takes some six months or even a year to get a licence," Zhou said.

But against this backdrop, there have been repeated calls for lawmakers to crack down on Chinese 'abusing' the country's licence system.

A study by South Korea's foreign ministry last year showed out of 96 countries surveyed, 71 including the United States, the United Kingdom and Germany did not allow foreigners with tourist visas to apply for driving licences.

Lawmaker Kim Young-ho of South Korea's ruling Democratic Party proposed a law in June 2017 banning foreigners who stay less than 90 days from taking driving tests. But the proposed law has since been shelved, as rival parties debate other issues more pertinent to their constituents and own political ambitions.

"We must follow steps of developed countries and reform our driving licence test process to screen out ill-prepared drivers from the road," Professor Kim said.

"But no one likes difficult tests. Any steps to toughen the test would be politically unpopular. This issue is becoming like an issue of who will put the bell on the cat."