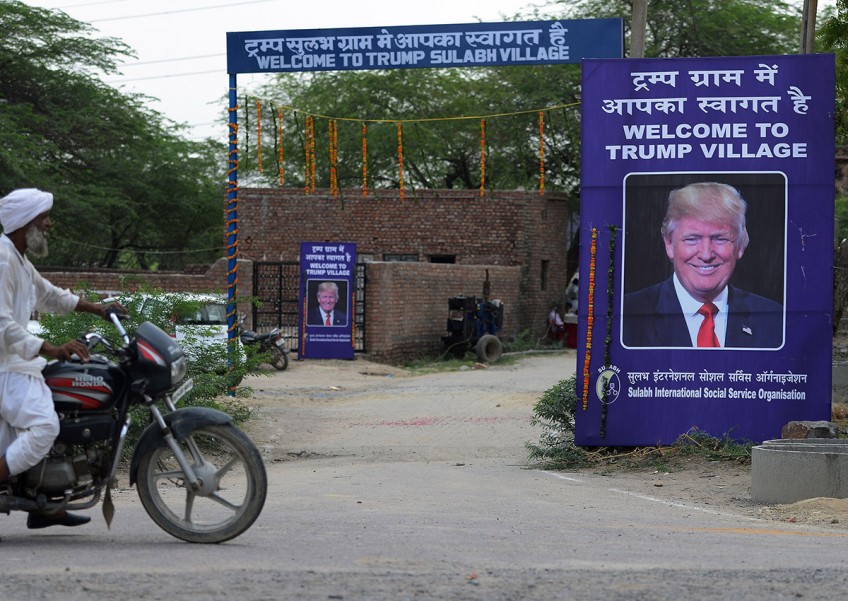 MARORA VILLAGE, Haryana, India - A toilet charity renamed an Indian village on Friday (June 23) after US President Donald Trump as part of a promotional campaign for better sanitation.

Aid group Sulabh International, which says it has built 1.5 million toilets across the country, has set up "Trump Village" signs around the small community in Marora village in the northern state of Haryana, each bearing a portrait of the president.

Founder Bindeshwar Pathak said he hoped the gesture would win enough publicity and goodwill to at least raise awareness of a major social problem.

The change is purely symbolic - the name Marora will continue to appear on maps and signs, but locals said they were prepared to embrace the new title, Trump Sulabh Village in its full form, and any positive changes it brought with it.