The men's and women's marathons at the 2020 Tokyo Olympics will start from 6 a.m., 1½ hours earlier than planned when Tokyo was bidding to host the Games, over concerns about the intense summer heat's effect on athletes and spectators, The Yomiuri Shimbun has learned.

The start of the men's 50-kilometer race walking has been brought forward 2 hours to 5:30 a.m. for the same reason, according to sources close to the Games.

In December, the Tokyo Organizing Committee of the Olympic and Paralympic Games and the International Olympic Committee's Coordination Commission discussed the start times of the two events. After the schedule for all the athletics events is more or less settled, the organising committee plans to discuss its advisability with the IOC and the International Association of Athletics Federations.

According to sources, a US TV channel that pays huge amounts for broadcasting fees wants the finals for some track events to be held during US prime time, which is the morning in Japan time. Efforts to coordinate these interests are continuing. However, relevant organisations including the IOC reportedly have agreed to the times for the marathon and walk. 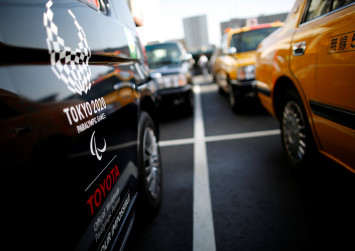 Thursday marked 1½ years until the 2020 Games start. The organising committee is working closely with the Tokyo metropolitan government and plans to quicken efforts to complete necessary arrangements, such as asking for each day's first trains and buses on public networks that will transport spectators and Games volunteers to be brought forward.