Indian boxer Mary Kom has her sights on the gold medal at the Tokyo Olympics.

Indian sprinter Revathi Veeramani was about six years old when both her parents died from separate illnesses, leaving her maternal grandmother to care for two orphaned young granddaughters.

Arammal Veeramani, 76, raised the family by earning a daily wage doing odd jobs at farms and brick kilns. Money was always tight, but she made sure the girls were able to finish their education and chase their dreams, even if it meant Revathi had to run barefoot.

“I didn’t have any money to support Revathy’s sports dream but I never lost hope,” Arammal told This Week in Asia . “I did whatever I could and encouraged her to study and pursue athletics. Ultimately her talent shone through.”

Meet Revathi Veeramani, the sprinter who overcame every challenge life threw at her, who is all set to make our tricolour fly high at #Tokyo2020 #Cheer4India pic.twitter.com/1b5ybG3RNa

Today, Revathi is representing India in the 4x400m mixed relay at the Tokyo Olympics .

The 23-year-old sprinter is among 56 Indian women athletes vying for medal glory across 16 categories – the largest share of female talent India has ever fielded at the Summer Games.

Many of them have surmounted great odds to reach the top of their fields, in a country where cards are traditionally stacked against them.

Boxer Mary Kom, 38, is among those expected to put up a decent fight for gold.

Hailing from the northeast Indian state of Manipur, she endured sexist comments during her teenage years for taking up a “manly” sport. Her father, a professional wrestler himself, said pursuing an “unladylike” sport would affect her chances of getting married.

“And yet I wasn’t ready to give up on my dreams,” the mother of four said in a television interview. “Instead of feeling demotivated, I decided to take each challenge head on.”

Here I stand before the opening ceremony of #Tokyo2020 as a flag bear of my nation, India. #Cheer4India pic.twitter.com/hNkixkoxBt

Kom left her village at age 15 to train at a professional boxing academy with the help of sponsors who recognised her talent early on.

The boxer, nicknamed “Magnificent Mary”, went on to earn five gold medals at the International Boxing Association’s World Championships, a bronze at the 2012 London Olympics, and five golds at the Asian Championships, among others.

Kom’s story was made into an eponymously titled film starring Priyanka Chopra that made 1 billion rupees (S$18 million) at the box office in 2014.

The first fencer to represent India at the Olympics, Bhavani Devi’s journey in the sport started with bamboo sticks as real fencing swords were too expensive. Devi’s mother pawned her jewellery to fund her fencing career.

Olympic hockey player Neha Goyal grew up in a shanty near a drain in Sonepat, a city in the northern state of Haryana, and worked alongside her mother at a local cycle factory straightening spokes for about US$30 (S$41) a month.

All the love and blessings for my hardwork in one picture.#fencing #passion #india #teambhavani pic.twitter.com/V8t5K6uefd

Apart from poverty and entrenched patriarchal attitudes against women’s participation in sports, observers say a lack of government investment creates a setback for aspiring athletes.

In the Indian government’s 2020-21 annual budget, it allocated US$400 million for sport, about 10 per cent less than the previous year despite it being the year of the Summer Olympics .

“For a nation of 1.3 billion, this is a laughable amount but not surprising, considering sport, especially women’s sport, has never been a priority for the government,” said Prabhash Nautiyal, a Haryana-based wrestling coach. “This is reflected in our suboptimal investment in sports infrastructure and the model of sports governance we follow.”

Tennis ace Sania Mirza, the winner of six Grand Slams, said it was a long road ahead before a sporting career is viewed as a career choice in India.

“Sport in this side of the world does not come naturally to parents. They want their daughters to be doctors, lawyers, teachers, but not an athlete,” Mirza said in an interview with PTI news agency. 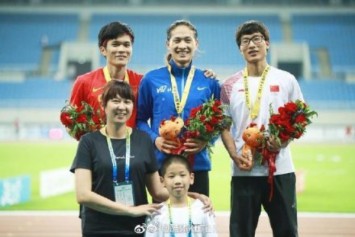 “Even after [all] I had achieved, I was asked when I was going to have a child,” she said. “There are deeper cultural issues embedded in us and it will take a few more generations to get rid of those issues.”

There are some signs that things are slowly changing, reflected in the fact that nearly half the contestants in India’s 127-member Tokyo contingent are women, a rise from just 19 in the 2000 Sydney Olympics.

The private sector’s investment in sports infrastructure and training, along with individual states which are extending financial help to promising athletes, is also helping women to shine.

But the odds are still greatly stacked against many women with sporting ambitions.

Anju Mehta, 22, a footballer training at a private sports institute in Haryana, said local girls were pushed into marriage at the age of 15 or 16 by parents who “tell us we should work on the fields, learn to cook and sew, so that our husbands love us”.

“The general view is that sports isn’t a career option for girls,” she said. “But I’m determined to carry on as sports offer me an escape route from stifling social mores. I hope to represent India one day and be known as a footballer; not a woman footballer.”