Massive redevelopment projects will soon transform Tokyo's Shibuya district - long-known as a fashion and youth culture hub - into a "town for adults."

PARCO Co.'s flagship outlet Shibuya PARCO is in the midst of a $21 billion renovation. The company announced on June 18 that it will reopen the complex, which will also house offices, in late November as a "next-generation commercial facility" not just for young people. There are 19 floors above ground and three below.

The facility will feature a "store that does not sell products" at which products under development that utilize artificial intelligence will be exhibited. Cameras will analyse shoppers' reactions to the goods and use them for product improvement. The space for selling clothes will be reduced while more restaurants will open, representing a shift away from fashion.

Nintendo Co. also plans to open its first directly operated store in Japan as well as an interactive facility in the building.

The PARCO Theater will have 636 seats, up 50 per cent from the old theatre. The stage space will be expanded and the theatre will be positioned as a base to spread culture.

"Shibuya's social role is to disseminate information," Kozo Makiyama, PARCO president said at the announcement, expressing his desire to renew the facility's appeal as a cultural hotspot.

The company intends to increase the proportion of foreign tourists at the Shibuya store from about 20 per cent to 30 per cent.

Shibuya PARCO opened in 1973. Through innovative advertising strategies and other means, it helped establish Shibuya as a fashion trendsetter in the 1980s. 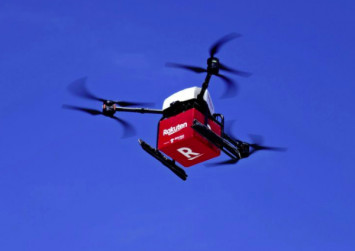 The economic slump that began in the 1990s has caused young people to spend less on fashion, while the rise of online shopping has hampered clothing sales at commercial facilities. The Saison Group, which previously included PARCO Co., later became ensnared in a financial crisis, while the area also faced decline.

In October, the 'Shibuya Fukuras,' which will house the Tokyu Plaza Shibuya commercial complex, will be completed. The 47-story 'Shibuya Scramble Square' megacomplex will likewise open in November.

Tokyu Group aims to strengthen its integration of IT companies through its Shibuya redevelopment projects. The head office of DeNA Co. is now in Shibuya Hikarie, while Google's Japanese arm will move its headquarters from Roppongi to 'Shibuya Stream,' a new development project that opened in 2018.