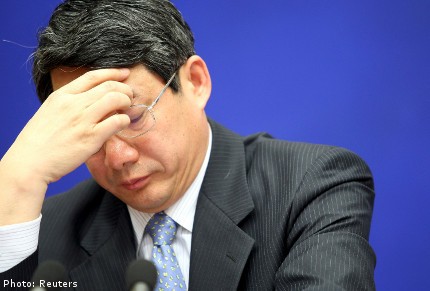 "The Supreme People's Procuratorate has decided to open an investigation into the case of Liu," Xinhua news agency said.

The announcement came after China's ruling Communist Party earlier this month expelled Liu, once the deputy director of the influential National Development and Reform Commission, as leaders wage a high-profile campaign against corruption.

On August 8, Xinhua, citing the party's anti-corruption watchdog, said Liu "took advantage of his position to seek profits for others" and was "morally degenerate".

"Both Liu and his family accepted huge amounts of bribes," it added.

Liu lost both his party and government posts.

Expulsion from the party is normally a precursor to criminal prosecution for Chinese officials and on Sunday the official news agency said an investigation into Liu was "underway".

President Xi Jinping took office in March vowing to root out corrupt officials ranging from high-ranking "tigers" to low-level "flies", and warning that the problem could destroy the party.

In early July the former railways minister Liu Zhijun was given a suspended death sentence for huge bribery.

Also last month Bo Xilai - until last year one of China's 25 most powerful politicians - was indicted for bribery, embezzlement and abuse of power.

Xinhua reported Sunday that Bo would go on trial on Thursday.

A series of low-level officials have come under investigation as well, often after ordinary Chinese exposed their often-salacious alleged scandals online.