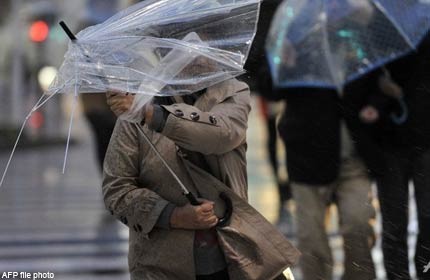 A 91-year-old woman was found dead after being buried by a rain-triggered mudslide in Hanamaki, Iwate prefecture, according to Japan's national broadcaster NHK and Jiji Press.

The news reports also said that five residents remained unaccounted for while three others were injured in neighbouring Akita Prefecture as their houses were swept away by massive floods.

The meteorological agency issued evacuation warnings for local residents in the region, calling on them to take "immediate action" to protect their lives.