Foreign ministers attend the Special Asean Foreign Ministers' Meeting at the Asean secretariat general building in Jakarta. Southeast Asian foreign ministers said they were "even more determined" to solve the political crisis in Myanmar during talks in Indonesia on Oct 27 ahead of the Asean leaders' summit in November.

New Asean chair Indonesia faces high expectations to revitalise the region during its tenure, but even with its "strategic heft" analysts say conflicts such as Myanmar and the South China Sea will remain intractable.

Indonesia President Joko Widodo said at the Asean summit last month that Indonesia – often described as the de facto leader of the bloc owing to its size and clout – would focus on growth, inclusivity, and economic sustainability for the region in 2023.

But Jefferson Ng, associate research fellow at the Singapore-based S. Rajaratnam School of International Studies, said breakthroughs relating to the Myanmar political crisis or the code of conduct in the South China Sea "will be difficult to expect".

Since the Myanmar military seized power in a coup last year, Asean has called for an immediate end to violence against civilians, and urged discussions involving all stakeholders, but these have been ignored by the junta.

Ng noted a statement issued at the Asean summit reaffirmed that leaders would make the final decision on the implementation of a peace plan, known as the Five Point Consensus, even when it cannot be achieved without the junta's co-operation.

"I am cautiously optimistic that this means Myanmar will not be able to stonewall regional efforts to address the crisis," Ng said.

As for the negotiations on the code of conduct in the South China Sea which will resume next year, Ng said these would continue to revolve around issues relating to the legal status and geographical scope of the agreement. 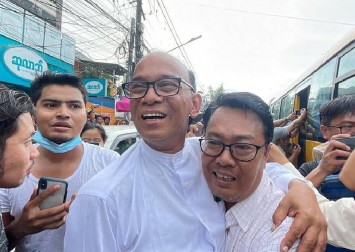 "These stemmed from fundamentally different starting points," Ng said, adding that Widodo would likely "invest very little political capital, if at all" in trying to reach an agreement.

Some observers have argued that unless the code covers the entire South China Sea, it would be meaningless, adding that its legal status remains undefined. Most Asean members also want the code to be binding, something China rejects.

Sharon Seah, senior fellow and coordinator at the Iseas–Yusof Ishak Institute, noted that "the initial seed of the Regional Comprehensive Economic Partnership (RCEP) was planted" under Indonesia's chairmanship in 2011.

Signed in November 2020, the RCEP is a free-trade agreement including all Asean members as well as Australia, China, Japan, South Korea and New Zealand, making it the largest trade bloc in history.

"Indonesia's leadership has been transformational for Asean, expectations of Indonesia as the next Asean chair are high," Seah said, adding that Indonesia can act to catalyse change in the regional bloc.

As a non-claimant state in the South China Sea and also the largest Asean member "with strategic heft", Ng said there were expectations Indonesia would be able to call for progress on the code of conduct, negotiations for which have stalled amid the pandemic.

Among Asean states, Brunei, Malaysia, the Philippines and Vietnam have competing claims over the South China Sea with Beijing, which claims a large part of the resource-rich waterway. 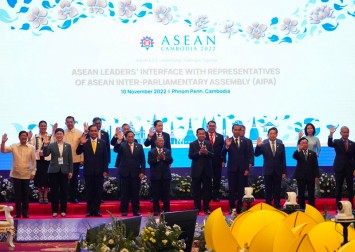 Ng said Indonesia had a good opportunity as 2023 chair to reinvigorate a regional organisation which has been widely seen as weak and disunited, amid divisions over Myanmar's coup and Russia's invasion of Ukraine.

"The most logical regional reforms involve pushing through reforms to the Asean Charter to strengthen the Asean Secretariat, and developing procedures for regional action when consensus is not possible," Ng said.

"Given Indonesia's traditional role as the de facto leader of Asean", many leaders in Southeast Asia "will follow where President Jokowi chooses to lead", Ng said.

Similar to the recent G20 meeting which Indonesia hosted, Ng said Jakarta was likely to leverage on its chairmanship to launch regional economic initiatives closely aligned with its domestic economic priorities, such as in infrastructure development and green transition.

Rifki Dermawan, an international relations lecturer at Andalas University in West Sumatra, said Indonesia should push Asean to take concrete action rather than symbolic acts, and ensure that the regional bloc "take a lead and not be a follower in its own region".

"Domestically, Indonesia's chairmanship in Asean receives less media and society's attention compared to its presidency in G20, hopefully, this is not a bad sign," he added.

Noting that Indonesian diplomacy can be "very persuasive", Seah recalled the country's ex-foreign minister Marty Natalegawa who undertook "shuttle diplomacy" in 2011 to mediate a dispute over a historical Hindu Khmer temple involving Cambodia and Thailand. 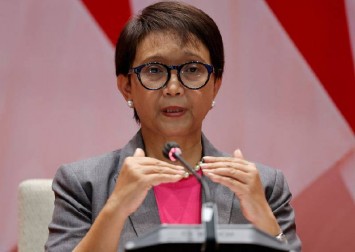 The two countries had been fighting over a border territory near the Preah Vihear temple, but eventually agreed to a ceasefire and allowed unarmed Indonesian military and civilian observers to enforce the truce.

Seah said that implementing the Asean Outlook on the Indo-Pacific (AOIP) would be important to Indonesia during its chairmanship, referring to the platform with which Asean hopes to engage stakeholders in the Asia-Pacific and Indian Ocean regions.

The AOIP serves as a response to the proliferation of different Indo-Pacific strategies by its external partners and projecting Asean centrality back into the regional security architecture, Seah said.

"Incidentally, the AOIP is also the only Indo-Pacific concept that is acceptable to every partner, including China," Seah noted.

Apart from Washington's Indo-Pacific Strategy, which is aimed at countering China's influence, other countries that have come up with similar strategies include Canada, France, South Korea and Japan.