BALI - Tourism Ministry Crisis Center, also known as Bali Tourism Hospitality (BTH) has prepared small buses that can accommodate 12 people each to return to the hotel from Ngurah Rai International Airport that has been closed since Nov. 27.

Hotels in Bali are also offering free stay for one night and 50 per cent discount for the next day for tourists whose flights have been cancelled or for those who wish to extend their stay.

Travel agencies in Bali have also sent their employees to provide assistance for tourists. 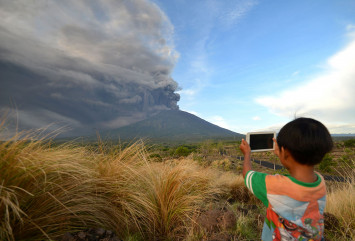 BTH Bali has also reported that airlines are quick in taking care of the passengers, some provide hotel vouchers for those who have to extend their stay while others give money like Jet Star who gives Rp.150,000 (RM45.64) for passengers whose flights have been cancelled.